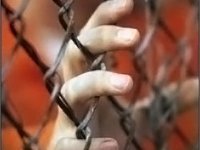 The 150th anniversary of the abolition of serfdom in Russia went unnoticed, while the reform of Alexander II was an event that shook the foundation of the Russian statehood. However, this "missed anniversary" gives a reason to talk about the fact that in modern Russia, especially in the North Caucasus, there are still relapses not even of serfdom, but basic forms of modern slavery.

For a long time Chechnya has retained the infamous glory of the slave enclave, with its "zindan" and "Prisoners of the Caucasus." But it turns out the use of slave labor is practiced widely in many North Caucasian republics.

Four citizens have addressed the Interior Department on Novolak region of Dagestan with a statement that Mohammed Haydakov, a resident of the village Chapaevo of Novolak district born in 1956, fraudulently brought them from Moscow to Dagestan and forcibly kept at a brick factory located in the village of Novolak.

According to the victims, they there looking for work in Moscow when they were introduced to Haydakov, who offered them jobs, promising a stable income. On March 30, 2010, he brought them to the village of Novolak, took their passports and forced to work at a brick factory. Stable income, obviously, was out of the question. The modern slave owner threatened them with physical violence for the slightest insubordination. The victims quickly assessed the situation and fled as soon as possible and came to the police.

Another scandal is associated with a draft soldier from the Lipetsk region Anton Kuznetsov, who was called up for military service in Dagestan in 2003. According to him, in the spring of 2005, the commanders of military units where he served sold a soldier to the owners of a private brick factory, from which he managed to escape. This was followed by a mass search of brick factories of the republic which revealed 13 cases of the use of slave labor. According to the official data of the prosecution office, the heads of these enterprises employed individuals without passports and registration at the place of residence, i.e., illegally residing in the Republic. The said individuals were living mainly in production areas with terrible sanitary conditions, and were paid minuscule amounts on a case by case basis. In total 107 people were then released.

A resident of Astrakhan Valentin Jurowsky, who was considered missing, was held in slavery in Ingushetia for 23 years. The story of this man was told to the readers of "Komsomolskaya Pravda". Valentine first went to work in Stavropol. His friends offered him good money, and he left his home town. "At first we were paid well. We worked as a construction team," he said. "Then I went to Ingushetia."

When the war began in the Republic, the attitude towards the Russians has changed dramatically. In Astrakhan his passport was taken away by one of the employers. The 50-year-old man was afraid to complain. "I was hired to herd the cattle and cultivate the land," says Valentin. "They stopped paying me. They would give me a corner somewhere in the barn or a trailer and food: pasta, cereals. For every error I was beaten."

Meanwhile, his wife who stayed in Astrakhan, alarmed by the lack of news, wrote a statement to the police asking to put her husband on the wanted list. But the search has yielded no results. The family got used to the thought that Valentin was killed.

In October of 2010, he finally called home. However, he could not return without a passport - he would have been detained at the first post. To restore the passport, the old passport was required. Officials refused to help. Valentin's relatives have lost hope again. Yet, an incident has helped him.

"The military conducted a special operation, ran into me when I was herding cattle, I told them that I could not leave here for many years, and had no documents. They sympathized with me," says Valentin.

However, the special police unit was unable to break through the bureaucratic authority of Astrakhan. As a result, Valentine was helped by a local member of parliament, who through his own channels helped to return the prisoner home. Now Valentin is recovering his documents, gradually getting used to civilization. "He has calmed down now," his daughter said. "But look at him: his nose is broken, his face all smashed. This is the way his employers treated him. For infraction they could bring him into the woods and just shoot. And my father was not the only one there. Free Russian labor force was enjoyed almost in every yard. Police knew about it and did nothing. "

The most interesting fact in these criminal stories is that mass unemployment is considered the main problem of the North Caucasus by its leadership. While the presidential envoy in the North Caucasus Khloponin is looking for possible ways to employ young mountaineers in the central regions of Russia where there is a shortage of workers, the situation is unfolding in the opposite direction. None of the residents of the Caucasus want to go to Russia to work in construction or other labor sites. The envoy even had to make excuses. He claimed that no one would be forcibly sent for construction work in Siberia.

Another thing is that people from the Caucasus, if sent to other Russian regions, are not there to engage in construction work, but rather share the experience of the Caucasus slavery with those in the remote Russian areas. The problem of slavery is known in Russia as well, and is not limited to the Caucasus.