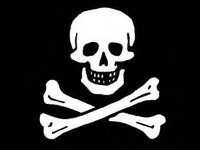 Three Russian websites were added on the black list of pirate resources. The list was made by the US Trade Representative (USTR).

"The websites exemplify key challenges in the global struggle against piracy and counterfeiting." "Piracy and counterfeiting undermine the innovation and creativity that is vital to our global competitiveness. These notorious markets not only hurt American workers and businesses, but are threats to entrepreneurs and industries around the world," USTR official Ron Kirk said.

The list is not comprehensive. It contains the brightest examples of pirate websites, Kirk added.

As for Russian sources, which the USTR included on its list, the first place is definitely taken by Rutracker.org, formerly known as Torrents.ru. The website moved to the international zone after it attracted attention of Russian law-enforcement agencies. The USTR's report says that the website is based in Russia. However, Dreamtorrent company, the owner of Rutracker, is registered on Seychelles. The administration of the company does not disclose the information about the location of its servers. The file-sharing portal is listed as one of Russia's 15 most visited websites. Rutracker.org also enjoys the reputation of one of 300 most popular websites in the whole world.

Spokespeople for Rutracker.org described the actions of the US administration as logic. They added, though, that the Americans were fighting with ghosts, rather than pirates.

"A lot of content, which does not belong to anyone, has appeared on the Internet during the development of the world wide web. This content attracts consumers' interests. This is the phenomenon, which the Americans are fighting with, calling it the struggle against piracy. As a matter of fact, they are trying to clean sales markets for their products and oust small competitors," a spokesperson for the torrent portal told GZT.RU website.

The second Russian website, blacklisted by the USTR, is VKontakte.ru. The website was modestly categorized as "other internet services." This category, the report says, embraces social websites presumably used for absolutely legal purposes.

Vladislav Tsyplukhin, the director of the press service of Vkontakte, stated that the American report did not meet the Russian reality at all. The US authors were not informed about most recent copyright novelties of the social network, he stated. For instance, RuTube video hosting service already carries its legal content on Vkontakte. The network also plans to establish a similar form of cooperation with YouTube and other video websites, he said.

Copyright holders are entitled to moderate user content and monetize their own content. Such measures have solved all problems between the social network and copyright holders, Tsyplukhin said. It does not happen always like that, though.

In January, for instance, Russia's record company Nikitin filed a lawsuit against one of the users of VKontakte social network. The user added several songs, owned by Nikitin, to his profile. Spokespeople for the record company say that the young man should be put on trial and jailed. Police officers say, though, that events are not likely to take such a turn.

The third "pirate bay" on the Russian territory is located in Moscow. This bay is known as the Savyolovsky market, the successor of the legendary Gorbushka record fair. Most of Gorbushka vendors sell license production - bootlegs CDs and DVDs are hard to find there now.

The administration of the Savyolovsky market has not heard anything about the report from the US Trade Representative. They could not release any statement regarding the situation.

The USTR made the list of 17 physical markets located in different parts of the planet - from Mexico to Indonesia. The leadership belongs to China. Large markets and trade centers in China are indicated on the list three times only as examples of illegal commercial locations.

As for the Savyolovsky market, US experts say that this market of electronic goods offers a variety of bootleg products. In Ukraine's Kiev, US observers counted as many as 300 commercial locations selling bootleg music, films, games and software.

Experts say that the above-mentioned report is not going to lead to real consequences for video, music and software pirates. The USA simply made a diplomatic move to attract other governments' attention to the issue.

Objects of piracy have been marked. However, as an old Chinese proverb says - one can't catch a cat in a dark room. The Savyolovsky market will not be closed because of the USTR's report.