Latin America at the Crossroads 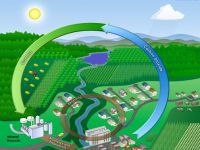 The political changes in the world in recent decades confirm that the future can only be sustainable under new comprehensive projects, based on progress, social justice and popular democracy. Earlier this year, the joint newsletter of the Economic Commission for Latin America and the Caribbean (ECLAC) and International Labour Organisation (ILO) announced a decline in unemployment in this region due to the economic results of 2010.

Latin America and the Caribbean had a six percent growth in gross domestic product (GDP), despite the crisis, thanks to domestic economic adjustments in much of the region and the intensification of new global links, particularly with China.

The document of both organizations, pertaining to the United Nations, established that Latin America faces the challenge of creating quality green jobs, defined as those which contribute decisively to promote the transition to an economy with lower carbon emissions.

Thus it is expected to avoid dangerous and irreversible effects of climate change on companies and workers.

The economic recovery of most Latin American and Caribbean countries during the last year allowed unemployment in the region to fall 0.6 percentage points, and a further decline is expected of between 0.2 and 0.4 points in 2011, despite the slower growth expected this year.

But now the scene changes due to the increase in energy and food prices, to the extreme that the director of the International Monetary Fund, Dominique Strauss-Kahn, demands a soft landing" to the Latin American economy to curb inflation, because "there are worrying signs of reheating appearing."

Prices are increased, consumer credit is rapidly growing and equity markets are at their peak, which implies higher risks of poverty, social instability and political pressure for most of the most unequal region in the world. CEPAL and OIT attributed improvement at this time to the international commercial and financial conditions and the increase of domestic demand driven by macroeconomic policies that have generated the growth of last year.

In that way, formal jobs were stimulated, increased the occupancy rate and real wages rose moderately, though there was a warning that the performance of countries and subregions were very uneven.

Nevertheless, it was highlighted that economic recovery does not guarantee a decent job with growth in the long run because, "to reinforce the improvement in labor indicators and generate more productive employment and decent work, the region's countries should strengthen their macroeconomic policies."

But now Strauss-Kahn proposes "the removal of the macroeconomic stimulus adopted during the crisis," because "we all know how to end this story if those responsible for formulating public policies do not act early enough." The Minister of Finance of Brazil, Guido Mantega, has ratified the government of his country has made sharp cuts in public spending, with reductions in defense and social housing, to avoid inflationary pressures.

This represents a decrease of $30 billion in the budget for 2011, in order to slow the economy "without knocking it down," said Mantega, but with predictable costs to citizens and politicians.

It seems much more advisable to accept the prognosis of CEPAL and OIT to improve the coordination of regional and global policies, identifying and eliminating knots in the labor market and to strengthen the instruments that promote greater equality, the great challenge for Latin America.

It was also pointed out that the region-and throughout the world, faces the challenge of transforming its way to produce and to develop sustainable economies in the long run, and added that climate change and the challenge to develop and strengthen ways of producing and consuming with low carbon emissions will affect the way of working.

Progress and economic development was acknowledged around the so-called green jobs in Costa Rica and Brazil, especially the latter, which increased the production of fuels from biomass and building social housing equipped with solar panels.

It appears that while the transformation to a more sustainable economy in the environmental sphere would mean the destruction of jobs in some economic sectors, it also stimulates others, so that the working world would experience major changes.

But the new scenario does not seem to favor the creation of more decent jobs through this above-mentioned transformation, which is considered to contribute to economic growth, the highest possible levels of equality and protection of the environment.

Despite the predictions, encouraging ones at the moment, CEPAL was establishing the regional GNP growth for this year at 4.2 percent, which already represented a decline compared to 2010, specifically attributable to the effects of the crisis in the developed capitalist world.

More recently, Chinese authorities reduced their growth forecast from eight to seven percent for their country, a fall, so this does not imply no negative effects on Latin America, already affected by the United States and the European Union, in growing magnitude.

It would have to add the foreseeable consequences of war to the American leadership of NATO, especially in North Africa and the Middle East, where the country plans to continue enforcing its energy and geo-strategic goals.

Moreover, Latin America will not abandon old projects, though the way to undertake them will depend on U.S. domestic problems that threaten to create greater instability and national social and political polarization.

In the London futures market the prices for oil for April rose 46 cents on March 1, to $112.60 and opened a question about the impact a constant increase could have on the worldwide economy, in which speculation excels.

Since then, the national consequences will depend, first, whether the country is an exporter or importer of oil and, on the other, on the level of development in which each is located.

For the so-called poor countries, many of which grew in 2010, the main danger is the anticipated increase in inflation, while in developed nations, in economic crisis for more than three years, it will either stop the possible recovery or produce new setbacks.

As a result, the predictions of CEPAL and OIT on employment and the economy of Latin America and the Caribbean region, whose future is expected to become more conditioned because of real enterprising transformations undertaken, becomes less encouraging faced with a more adverse reality.

The extension and intensification of the crisis in the Middle East, with NATO intervention, would have a global chain effect whose consequences no one can completely neutralize, but in all cases, defense of international peace and of public economic policy will determine the future.

At the global crossroads, a higher level of justice is demanded, and the search for peaceful negotiations on the internal conflict in Libya, at the same time, saves the Middle East and the world from disaster.

It also will save Latin America.