Russians abroad fall victims to 'democracy not for everyone' 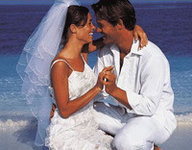 In recent years, there were many high-profile cases involving divorces in families where the wives were the Russian women and their husbands were citizens of other countries. The key and most painful moment here is struggle for children.

From time to time such problems arise in different countries. The most notorious, perhaps, was the "French case" of a well-known actress Natalya Zakharova. Another case that caused scandal was a story of Irina Belenkaya who tried to save her daughter from her French husband by taking her to Russia.

However, the scandals are not limited to France only. For example, Natalia Zarubina who lived in Portugal had to make significant efforts to save her child. Her daughter was nearly taken away by the so-called guardians. There was a scandalous story of Isabella Beaufort from Israel, and, finally, the most dramatic case that took place in Finland. Rimma Salonen, whose Finnish ex-husband has abducted her son on the territory of Russia, is now waiting for justice from the Finnish authorities to no avail.

Similar cases have occurred in other countries, for example, the United States. The struggle for children often drags out for years, poisoning the lives of the Russian women invol. In these duels they most often lose. In this case we are not talking about the Arab-Muslim countries whose laws fully protect the right of the man to his wife and her children.

Here we are dealing with seemingly democratic countries. Nevertheless, their authorities usually defend the foreign husbands. Johan Beckman, a defender, talked about the reasons for this state of affairs in an interview with Pravda.ru:

"Through the sad example of Rimma Salonen it has become clear that the Russian women who marry men from Western countries have virtually no rights in divorce cases. No matter the situation, even if the former spouse is absolutely to blame for everything, there is nothing to hope for. These cases are inevitably ruled not in favor of Russian women.

The former husband of Rimma Salonen kidnapped her son from Russia, and took him in the trunk of his car across the Russian-Finnish border.

The abduction was evident. Nevertheless, the Finnish prosecutor general's office has sided with the Finnish citizen. If we go into more detail, the nefarious role of the officials from the government of Finland in the kidnapping becomes even more apparent. For example, it was a Finnish Consul who assisted the father with kidnapping.

The course of the last litigation associated with this case speaks for itself. In fact, the Finnish prosecutor general's office sided openly with the kidnappers, thus implying that a foreign husband can steal a child from his ex-wife without any repercussions."

Is there really no chance of an appeal?

"Of course, we will appeal to the European Court of Human Rights. Yet, to do this, we had to go through all the courts in Finland, which took two long years. The Finnish authorities delay this procedure in every possible way."

"In Europe there are many mixed families in which the wife is not an ethnic Finn. However, scandals like those that happened to Rimma Salonen and Natalia Zakharova for some reason usually happen to Russian women. One gets the impression that the authorities of the countries-EU members deliberately bully Russian women.

"This is exactly the case. The Finnish authorities are now the absolute favorites. Most of yelling is coming from this country. In Finland children may be simply taken away from a Russian woman if someone thinks they are "not treated right."

Russian women who marry Finnish citizens as well as citizens of other EU countries and the United States should remember that they are completely powerless and that any moment they can encounter similar situations.

Obviously, the authorities of the countries that are members of the EU take the side of their citizens. However, there is more to it. The examples of Rimma Salonen and Irina Gurina are not isolated. This Russophobia is apparent in Finland. It happens here that the children taken away from their Russian mothers are intimidated in every way and are forced to renounce their native language and get punished when they say words in Russian.

Moreover, as obvious from the story of Rimma Salonen, a Russian woman who divorced her husband cannot feel safe even in her own country. Her child may be abducted and hidden on the territory of a diplomatic mission.

"Is this the case in all countries of the democratic West?"

"No. This rule is observed in the case of the countries that recognize the juvenile justice and, above all, are members of the EU that live by its laws. It happens in Sweden, which, like Finland, is a member of the European Union, but there are no such cases in Norway and Switzerland. They are not members of the EU and live by their laws. However, before you go somewhere, you should still carefully examine the laws of another country."