Ice cream made of pasteurised human breast milk? Yes, it's called Baby Gaga and it's sold in central London. We take a trip around the world to find some other delicious ingredients whetting the appetite of lip-smacking diners...and very weird they are... 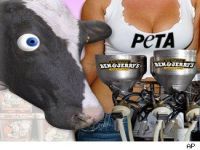 A restaurant in central London had presented a new item on the menu: ice cream made from pasteurised human breast milk, which they called Baby Gaga. The new repast has been withdrawn by Westminster Council, not because of the price - 14 GBP a portion - but to check whether it is fit for human consumption. Yet it is so popular...

The inventor of Baby Gaga, Matt O'Connor, was staggered with the response from the public, who went to eat a dollop of ice cream churned with the milk of Victoria Hiley, a London mother of 35, Madagascan vanilla pods and the zest of a lemon and served with a wafer and a shot of Calpol or Bonjela, for an equally staggering 14 pounds, or 23 USD. Her justification: "What the harm in using my assets for a bit of extra cash?" Calling it a "recession beater", she receives 15 GBP (25 USD) for every ten ounces of milk she produces.

The new ice cream had been presented to the public since February, yet after receiving complaints from two members of the British public, Westminster Council decided to withdraw Baby Gaga to make sure it was fit for human consumption. Worried Conservative Party councillor Brian Connell stated to the BBC that: "Selling foodstuffs made from another person's bodily fluids can lead to viruses being passed on and, in this case, potentially hepatitis. As the local authority we will support small businesses and applaud innovative ideas wherever possible, but must protect the health of consumers."

Matt O'Connor insists the ice cream has been medically screened, is pasteurised and that the spontaneous response from many mums was to come forward to offer their own milk.

In his opinion, "No-one has done anything interesting with ice cream in the last hundred years". Yuck? At last it's good publicity for his ice cream parlour, Icecreamists.

But let nobody complain about the Orientals... 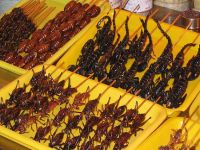 And...I will have you all believe, they are all delicious.