An epic in emergencies 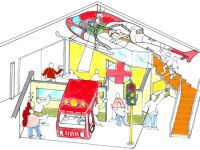 A few days ago, absently, I decided to do a search in my files about the misuse of emergency police phones around the planet. The results shocked me.

Let's begin with the UK where, fully Christmas Eve, a distinguished lady from London called the emergency number in order to be informed if the Pope and Queen Elizabeth were well. That same night, in the city of South Yorkshire, a concerned gentleman asked the system operator how many presents would be distributed by Santa Claus. Still there, in Manchester, a desperate customer asked for help to receive a bed acquired a few days ago.

In the United Arab Emirates the emergency lines were the joy of children: in just two days, there were 137 calls asking for recommendations for holiday activities.

"Lack of something to do" is not an exclusive problem of children in the Middle East - it also affects the adults in the United States of America. There, a citizen of Florida phoned more than 200 times for emergency services in in just three days, always saying he was well and needed no assistance. Still in Florida, believe it or not, a citizen called the police who was holding his own mother, accusing her of taking his whole stock of beer!

Also from the United States comes the case of the desperate single woman who called five times asking for police assistance to find a husband. In Louisiana, a curious viewer decided to call to see if they could discover what had happened in the last chapter of a novel site. In Tennessee, an outraged husband begged the police to help him to forbid his wife to drink beer. In California, a hungry lady simply asked for a pizza, and a gentleman gave her a tip on a good restaurant. And crowning the parade of absurdities, a resident of Maryland called stating that his crop of marijuana was on fire.

In Japan a civilized lady there in Tokyo asked if the while the police were traveling the next day, could one of them be assigned to feed her dog, he would be in the backyard. Another, from Kouchi, said he had forgotten a box of styrofoam on the beach, asked the Police to send a car to collect it and deliver it to his home. In Gifu, one lady got off the train, and complaining about the rain, requested a car to pick her up at the station and take her home. And Kyoto was the curious saga of a passionate young man who decided to ask the police to help his ex-girlfriend to get back together with him.

In Aachen, Germany, a respectable lady complained to authorities that her husband no longer wanted to have sex with her. In New Zealand, the problem was a torn dress - it seems incredible, but they were asked to help repair it in time for a party. 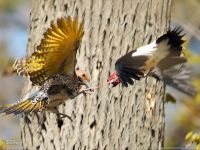 Also there is the case of a quiet citizen who phoned to report that two birds in their backyard were fighting, as well as an indecisive woman seeking advice about a marriage proposal she had received. And a supreme example of cowing around, a lucid gentlemen announcing that he had a cow in his mailbox.

Faced with all these cases perpetrated by people who are coexisting with us in the streets, I think that the great emergency of humanity is perhaps the madness of some normal people.

Pedro Valls Feu Rosa is the Brazilian Judiciary Chief Judge, Chairman of the Electoral Tribunal of the State of Espirito Santo.