Wheel of fortune spins for 545 years 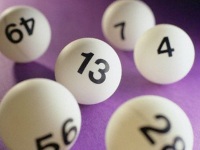 The word "lottery" derives from the Frankish "hlot" which means "lots." The word had eventually transformed into more familiar to us English "lot". The first European lottery took place in 1466. Incidentally, from the very beginning these events were designed for fundraising purposes.

The first commodity lottery was held on February 24, 1466 in the Belgian city of Bruges. It was organized by the widow of the artist Jan van Eyck, who decided to celebrate the 25 anniversary of the death of her husband this way, and simultaneously raise funds to benefit the urban poor.

In 1520-1532 lotteries were held in several cities in France by order of King Francis I, who thought of a way to replenish state coffers.

In 1530 the first large lottery in the world "De Lotto de Firenze" was held in Florence, where the winnings were given in cash. Soon this practice spread out over the entire Italy. Since 1863 the country has been having regular national lotteries.

The lotteries were not without fraud and abuse. In the 17th century the "Sun King" Louis XIV himself was a scammer. He personally held drawings and somehow during one of them has awarded the main prize to himself, and two smaller ones to the queen and crown prince. The other participants of the lottery were so outraged by this action that the king had to return the money and assign a new drawing. However, sellers of lottery tickets also cheated, buying tickets at a lower price and selling at a premium. They also administered a separate bid that a certain ticket will or will not be drawn in the lottery, taking profits away from the royal treasury.

However, we cannot deny the benefits of lotteries because the proceeds often used to be allocated for the public good. For example, in Britain several major projects like construction of the British Museum or the repair of bridges were financed with the funds obtained by selling lottery tickets. In the U.S., thanks to the national lottery conducted by George Washington, a road through a mountainous region in Cumberland was built. The opera house in Sydney was built on the money received from the introduction of taxes on gambling.

Authorities have always had ambiguous feelings towards lotteries. Some tried to ban them. In 1890 the U.S. Congress, headed by President Harrison, condemned lottery draws as "fraudulent and immoral." And yet, the lotteries were allowed again, as they brought the state a great deal of money.

In Russia the trend for lotteries was introduced by Peter the Great. A watchmaker Jacob Gassenus was the organizer of the first lottery in Moscow. The Tsar appointed a special "lottery committee." In front of the public, two children drew lottery tickets from a box, and Gassenus paid winnings to the lucky ones.

However, the Russian lotteries had some obstacles in their way. Initially, the income from them was not that great. Some have tried to conduct private lotteries and were persecuted by the authorities. But by the end of the 18th century they were officially allowed again. They were held by various special committees, charities, and welfare groups. Yet, the Act of 1782 strictly regulated the conduct of lotteries. It specified the amount that was playing in advance, and the portion of the profits had to go to the needs of the poor. It brought its results: in 1892, when Russia had a case of a very poor harvest, with the help of lottery the government collected an absolutely astronomical sum - 9,600,000 rubles - to help the starving. In 1914, when the First World War began, the lottery has helped to raise money for wounded veterans.

After the revolution, the lottery was quickly declared "a relic of the bourgeois" and in 1918 the Decree of People's Commissars banned the lotteries. However, only three years later the country had to return to the proven practice, as it suffered the most severe drought that caused famine in many areas. The government released three million tickets for cash lottery, and the profits went to fund the aid to the starving. Since then lotteries in the Soviet Union were held regularly, and by the end of 1920 there were about a dozen of them. The funds obtained were allocated to the national economy, as well as cultural and educational purposes. The profits from the Sports Lottery that had existed since 1970 went to sports development in the Soviet Union, in particular, financing of the Olympics-80.

Now the Soviet lotteries have been replaced with many new ones. However, always remember that the main goal for any lottery is first and foremost, the enrichment of its organizers.