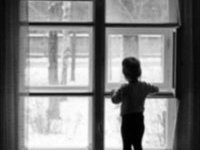 The case of a Russian actress Natalya Zakharova continues: the Russian government declared that she will soon come back from France and will serve her sentence at home. The story of Zakharova is just another link in the chain of rather controversial decisions of foreign courts that are willing to send their children to an orphanage, but would not give them in the hands of their Russian mothers.

Natalya Zakharova, Inga Rantala and Natalia Petrova have similar fates in many respects. All of them went abroad, apparently in search of a better life, and they all eventually lost their children. Foreign courts do not like to take the Russians' side and prefer to give their children to an orphanage or foster home, apparently believing that the children will be better off there.

The other day the press secretary of the Russian Embassy in France Andrei Kuznetsov said that Zakharova will soon return to Russia where she will serve her sentence. In 2006 the French Themis sentenced her to three years in prison for an attempted arson of her ex-husband's apartment.

Then, five years ago, the actress left France to escape justice, but in January of this year decided to return to Paris. The reason was a hearing on the case of a French citizen Patric Ouari in regards of custody of Natalia's daughter. Zakharova and Ouari were divorced in 1996, the court decided that the little Masha will remain with her mother and her father will just meet with her from time to time.

However, Natalia did not get to live with her daughter for a long time. After another meeting of Masha with the father, Zakharova noticed that the girl's body was covered with bruises, and she was in a state of emotional turmoil.

In 1998, the Court for Children's Rights has confirmed that Ouari abused the child, but made a very bizarre decision. The court felt that Zakharova loved Masha too much, and it would be better for the girl to live in an orphanage. A year later, Masha was transferred to a foster family.

In 2004, the Versailles Court of Appeal "based on a report of a psychologist of the social services from 1998," has removed the parental rights of the Russian actress, and for the following 18 months Zakharova did not see her daughter at all.

Then the visits were allowed, but only once every three weeks and only in the presence of French psychologists. Later, Masha was given back to her father, who in 2008 placed her in a closed-type orphanage.

It was this decision that gave Zakharova courage to go to Paris and assert her parental rights to the now 15-year-old Masha, but she was arrested at the courtroom door.

It is not enough to say that this story is shocking. A French court takes the child from the foreign mother and sends her to an orphanage, allegedly in the girl's best interests. It is surprising that the father who beat Masha received his daughter back, and later rejected her. Can we talk about justice and protecting the rights of children in this case?

A similar situation occurred in the family of Natalia Petrova. In December of last year social services took her two children - 12-year-old twin daughters Mary and Nellie - from the Russian woman who resides in Sweden.

Local authorities have decided that the girls did not have a good life with their mother and gave them to a foster family. "Natalia is a good, caring mother, and she and the girls were insulted and offended. They were told that they were dirty, sloppy, that they nearly had lice in their hair. We do not know where they are now, what they are doing, what they are eating, who is with them," Natalia's mother, Nina Petrova told RIA Novosti.

Natalia says that the social workers created unbearable conditions of existence for her family on purpose, so they could take away her kids. "According to their laws, they should have been allocating 11 thousand crowns per month to the two girls, but did it only for the first two months. Then they did not provide us any funds for six months, we have survived on some enthusiasm and my mother's help," shared Petrova.

According to the Russian woman, her children are virtually Swedish captives. "I want to get the girls back. You can always find dirt if you want to, there will always be spiteful critics," Natalia said, adding that she was worried about the health of her children who are removed from their normal environment. "Children are deprived of freedom, this is not true that they are well in a Swedish family. They do not let them to go on the Internet, or use the phone," said Petrova.

Inga Rantala can be called another victim of the European "justice". In early 2010, the Finnish social services robbed the Russian woman of her son Robert and placed him in an orphanage. The authorities believed that it was dangerous for the boy to live with his mother. The reason, according to Inga, was Robert saying that his mother has slapped him.

The social services have placed Robert to an orphanage first for 30 days and then for another 60 days, considering that his contact with the mother would be dangerous. The Russian woman was prosecuted. While the child was in the orphanage, his parents were allowed to meet with him only individually, and were not allowed to talk to the boy in Russian.

However, the "saved" boy did not like the care of the social services. Once Robert was allowed to go to school, he escaped and went to his "bad" parents.
Around the same time Russian children's ombudsman Pavel Astakhov interfered with the conflict. He managed to persuade the Finnish social services not to separate the child from his parents in exchange for a close scrutiny of social workers over the situation in the Rantala family.

In summer Inga Rantala and her son went to St. Petersburg, where eight-year old Robert started the first grade. The criminal case against Inga has not yet been closed, but the court hearings always get postponed. The Russian woman is afraid to return to Finland because in the event she pleads guilty she faces a severe punishment, and Robert, who has both Russian and Finnish citizenship, can once again be placed in an orphanage.

All of these stories bring up two rhetorical questions: who is to blame and what to do? Why Russian women cannot feel safe abroad without worrying that they will lose their parental rights to a formal occasion? It is the fault of the Russian authorities, who are unable to protect its citizens, or the women who leave their homeland in search of illusive happiness without thinking of the consequences?

And most importantly - when will the social bodies of both Russia and foreign countries start to really care about the children, instead of indulging their own ambitions?