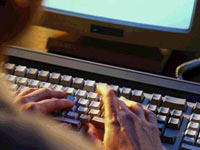 Meeting someone online is not an unusual story nowadays. In some 20 years, when children ask their parents about the place of their meeting, they will most likely expect the name of a social network as an answer. Those people, who fail to build a successful relationship even online, have another form of entertainment to pursue - they can find a virtual partner. They are very easy to find and easy to get rid of.

In India, bachelors now have a great opportunity to test their abilities for family life. Living together has nothing to do with it - it goes about a virtual wife. If a man does not know, what type of woman he would like to have as his wife, he can try to choose from four cyber-beauties: a bubbly and sociable girl, an ambitious and serious lady, a dominating woman, and, finally, a conservative female. Afterwards, a man can choose what he would like his virtual wife to do: to leave him a voice message every day, wake him up every morning, make him breakfast, ask him to go shopping or tell him to come home from work early.

It will be easier for a single man to find the woman of his dream in real life, after he tries the virtual family experience, the owners of the website say.

However, it just so happens that men may feel very comfortable with their virtual girls. It is an open secret that people gradually forget the pleasure of real communication and prefer to replace a friendly chat with computer screens. As long as it is now possible to have online friends, why not trying to find virtual love? You can not touch a virtual girl, but she never fights, she never grumbles, she does not have cellulite and other flaws, which many women made of flesh and blood usually have.

In Japan, virtual girlfriends have become extremely popular recently. You can even take his virtual girl for vacation - you only need to have to install a special program on your cell phone for that.

There are 13 locations in Japan's Atami resort, where smartphone-clutching young men can have a date with Rinko, Manaka and Nene - the female characters of LovePlus game. One has to focus their phone camera on a small black and white square, which works like a two-dimensional barcode. The augmented reality software used for the technology brings to life the object of men's desire.

One of the local hotels placed the barcodes in some of its rooms, so that a guest could spend a night with a virtual sweetheart. There is no erotica there, of course - a virtual kiss is the maximum that a girl can do. A night in such a room is priced twice as expensive, because a virtual girl is considered a second guest staying in the room.

Japanese men are very serious about their relationships with Rinko, Manala and Nene. A young man even contracted an official marriage with one of the girls in 2009.

LovePlus is not the only game of the kind. The creators of such games invent more and more attractions for lonely individuals, making them buy outfits for their virtual brides, take them to restaurants, etc. All this is just a virtual game, but people pay real money for it.

Indeed, people may develop a strong affection to a virtual character. Affection may develop into real love at times, when a person decided to end their relationship with another person to become fully engaged into virtual love instead.