The discovery of a new star sign has thrown the horoscope into disarray. Now with 13 signs, many people have changed their house, gaining traits they never imagined. At least, that's the hysteria flying round the Net. But is it true? Or is everyone worrying about nothing? 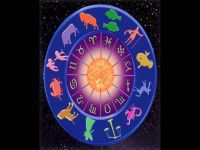 The Tropical Zodiac is fixed because it is tied to the date of the Spring Equinox. This is the zodiac chart used in western astrology. The other zodiac is the Sidereal, used by astronomers and Vedic astrologers from east India. This zodiac is constantly changing and always has been changing.

So this talk about a new star sign is nothing new. In fact the Ancient Babylonians had 13 signs but wanted only 12 (for reasons of perfection) and therefore discounted the first, Ophiuchus, the Snake Holder. Where did it come from?

The US astronomer Parke Kunkle gave an interview to the Minneapolis Star Tribune, in which he claimed that due to the gravitational pull of the Moon, the star signs were one month out of orbit, meaning that the time periods for the signs of the zodiac would have to change.

The Internet did the rest. What people are not explaining is the fact that the western Tropical Zodiac has always been the same and always will be, therefore nobody has to change their star sign. In a word, hype.