It is necessary to recover the smiles of children in Haiti 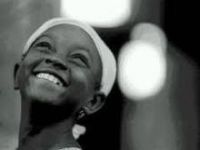 Children are now the industry over the Haitian people struck by natural and health disasters that affect the Caribbean country since 2010. Almost a year after the earthquake of January 12, at least 380,000 children live in makeshift camps where they were installed 1.3 million have been affected by the quake.

According to a report from the Global Fund of the United Nations Children's Fund (UNICEF), overcrowding and lack of adequate sanitation are the main problems of these people, who live in tents in public places.

The report entitled "Children of Haiti, a year later," confirms that more than half of Haiti's four million children are not attending schools.

Data provided by government offices found that eight out of 10 schools were completely destroyed by the earthquake ..

Malnutrition, one of the scourges rooted in this Caribbean country, also worsened after the earthquake.

Amid the alarming figures, some progress also noted as a confirmation that in 2010 there was no increase in the levels of acute malnutrition in children under 5 years.

Another phenomenon derived from the earthquake was the illegal trafficking of children, especially those who lost their parents during the natural disaster.

UNICEF kept records and managed to list 4,948 children who were separated from their families by the disaster and reunite 1,265 with their families.

The plight of children was also revealed after the cholera epidemic from October 19, 2010 which has so far killed 3,651 people.

Again, this sector is the most vulnerable and statistics show 6 out of 10 infected are under age.

In general, the fundamental problems that children face are lack of access to basic services like water, sanitation, health and education.

Faced with so many needs, UNICEF and the Haitian government are committed to working to recover the smiles of children, almost lost among a pile of rubble.