We need a Nuremberg for profiteers 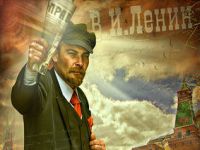 Jean Ziegler. Writer. International diplomat at the UN, published the essay 'The hatred of the West', a critique of the capitalist system dominated by Europe and the U.S.

Let no one be fooled by the very official position as member of the Advisory Committee on the Human Rights Council of the UN. After the horn-rimmed glasses of a college professor, the Swiss, Jean Ziegler, (Thoune, 1934) is a revolutionary. He likes provoking and shouting what his diplomatic colleagues dare not say in the corridors of international organizations. An example: "A child who dies of hunger today is a murder." Another: "We are democracies, but we practice exterior fascism."

Ziegler is a man who argues every phrase with numbers or dates of great intellectuals, like the cry of pain of the anti-colonialist poet Aimé Césaire: "I live in a sacred wound / I live darkly in want / I live in a long silence." Ziegler spoke of the wound in his latest book, The hatred of the West (Peninsula), a title that blames the developed countries for the world's ills. The writer does not lose hope and aspires to a "revolution to end the cannibal world order." On the cover of his essay, the "i" of the word "hate" ( "odio") is a bomb with a detonator. There is only one second before it goes off.

How bad is the world?

Never in history has there been an emperor or a king with so much power as the one that the oligarchy of financial power possesses at present. They are the bags that decide who lives and who dies. They can feed 12 billion people, twice the world population. But every five seconds a child under 10 dies from hunger. It is murder!

Where is the hatred you speak of? Why do they hate us?

It is necessary to distinguish two types of hate. One, the first, is pathological, such as al-Qaida, who kills innocent people with bombs. But nothing justifies the violence, nothing! And my book does not deal with that. I refer to a pondered hate, for which justice and redress is sought, which calls to break with the structural system of the world, dominated by capitalism.

Have we not learned anything from the crisis?

Lessons? Worse still, these speculator bandits who caused the crisis and the collapse of the Western system are now attacking crops like rice and wheat. There are thousands of victims more than before. There are those speculators who sit on the bench. We must hold a Nuremberg for them!

You are employed at the UN. Do you not believe in the role of the international community?

The mere fact that the international community realizes the problems of the world is positive. The Millennium Development goals have not been met, but I am not a skeptical person.

Do you not believe, however, that the West is only interested in the West and intentionally keeping the Third World in poverty?

It's true! But it is not a question of donating more, but of stealing less. In Africa you can find European products cheaper than local ones, while people kill themselves working. The hypocrisy of the Europeans is brutal! We generate famine and hunger in Africa, but when immigrants come to our shores in boats, we throw them out. To end hunger, we need a revolution!

In the West? How is this possible?

Civil society has woken up. There are movements like Attac, Greanpeace and others who provide a radical critique of the world order. In the West, we have democracies, but we practice an exterior fascism. Although in democracy there is nothing impossible. "The revolutionary must be capable of hearing the grass grow," said Karl Marx.

In the book you speak about the Bolivia of Evo Morales  as an example.

It is a model case. For the first time in their history, the Bolivian people elected someone from among themselves as President, an indigenous Aymara. And in six months, they expelled private enterprises that were hoarding all the benefits of the energies of the country. With those millions earned, the Government was able to launch social programs and Bolivia is now a flourishing state, and above all, sovereign. Mind you, I'm not naive, but in Bolivia the wounded memory of the people turned into a political uprising, into an identity insurrection.

In other words, Morales was more deserving of the Nobel Peace Prize than Obama.

Sure! Obama's Nobel Prize was ridiculous, it was a marketing operation.

Obama did not bring any hope?

To be able to see a black face of a U.S. President on the cover of major magazines has been incredible, especially because the great grandfather of Obama's wife was a slave. But it is only a symbol. The American empire is only three things: the arms industry, Wall Street and the Zionist lobby. Obama knows that if you touch any of the three you are dead. And he will not do it. The hope comes from civil society. If it manages to create a worldwide alliance of all emancipation movements of the West and the South, there will be a world revolution, a revolution that could finish and destroy the cannibalistic world order.