Society and the world, after Julian Assange

Mauro Santayana reminds us, "Rome was not that strong"

"All who can write and manipulate a computer are citizens, who are more than journalists." 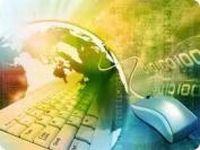 President Lula and Prime Minister Putin made basically the same speech yesterday [9 / 12] in defense of Julian Assange, although with different arguments. Lula made this point: Assange is just using the old right of freedom of the press, of information. It is not proper to accuse him of causing damage to one of the greatest powers in history, since the authenticity of the released documents is not disputed. Everyone knows that the allegations of misconduct in consensual relationships with two women of Cuban origin in Sweden are just a pretext to detain him, so that other charges can be mounted, and he can be extradited to the United States.

What is required is to examine the political consequences from the disclosure of the secret Yankee diplomatic documents, some laughable, others very serious. Yesterday [9 / 12] in Brussels, the Russian Foreign Minister Sergei Lavrov commented on the revelations of WikiLeaks on the attitudes of NATO toward his country. While the organization, under the domination of Washington, called on Russia to join the alliance, it was updating their plans for military action against the Kremlin, in the presumed defense of Poland and the Baltic countries. Lavrov asked NATO what is your real position, since what is publicly assumed is the reverse of what they say in their secret documents. Moscow went further, proposing the name of Assange as a candidate the next Nobel Peace Prize. 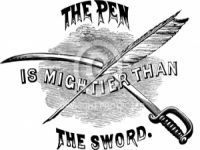 An examination of history shows that whenever the holders of the written word changed, there was a corresponding social and political revolution. Without Guttenberg, there would not have been the Renaissance, without the proliferation of printing presses in the France of the Louis'es, it would be unthinkable to have the Enlightenment and its immediate political fallout, the French Revolution.

The evidence of the immense power of the printed word led the Constituent Assembly to approve Article XI of the Declaration on the Rights of Man and Citizen, at the beginning of the Revolution, in August 1789. The device of the cornerstone of the Constitution stipulates that every citizen has the right to speak, write and print with full freedom. The laws punish those who, by lying, achieve someone else's the honor. Freedom of the press belongs to the citizens of the society. National societies, in our age of electronic communications, make up the free, planetary society of men.

It is surprising that before this irrefutable reality, trade journalists want to claim press freedom (a word that embraces, from the political point of view, all the media) as a corporate monopoly. The Internet confirms the intention of French legislators for 221 years: freedom of expression is for all, and we are all journalists. It is enough to just have an email address. The heavy and relatively expensive printing machines of the past are now relatively cheap, easier and lighter notebooks, and with a universal reach.

There is always the quotable observation of Isidore of Seville, who wisely remarked in the seventh century, that "Rome was not that strong." Bradley Manning and Julian Assange are showing that Washington - whose fears are transparent in their diplomatic papers - is not so very mighty. It is interesting to note that the name of Saint Isidore of Seville is being suggested by Catholic bloggers as the patron saint of the Internet.

Journalists should get used to the idea of resigning or sharing their alleged privileges. All who can write and manipulate a computer are citizens, and being a citizen is much more than being a journalist. It is these citizens who, on the same line of Putin and Lula, are mobilized in a virtual agora, to defend Assange, the same way that they are mobilized in defense of a woman sentenced to death for adultery. The world has changed, but not everyone has noticed this change.