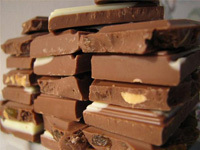 Don't fight against your food. "Just relax and enjoy it," academician Rafael Oganov says. "For me, a healthy diet is like...communism. It's something unreachable. I would not recommend strict diets to anyone to improve their health. No diet has ever extended anyone's life," the academician believes.

"I proceed from the assumption that food must bring you pleasure. You can't just fight against your food throughout the whole life," Oganov said.

"People always struggle - for peace, for harvests and for many other things. If they fight against their own food, then what is the point of living? This notion - "healthy nutrition" or "healthy lifestyle" is like communism for me. Something perfect and unreachable. I like the notion of "rational nutrition" or "balanced nutrition" more. The principles are simple: you do not have to go in for various diets, you do not have to use pharmaceutical scales to count the grams of food that you are going to eat. This is just not real in everyday life! A human being can withstand a tough diet during a very restricted period of time. Afterwards, a person simply either breaks down, or some side effects appear.

"I would not recommend following strict diets to improve one's health. In addition, I do not know any data which would prove that a strict diet can extend the duration of life of a population in general. An every-day diet must be presumably based on herbal products. According to the World Health Organization, we are supposed to eat 100 grams of meat and 400 grams of fruit and vegetables daily, plus some milk. If a cake or a steak can make you feel better, then have some! It does not matter whether you put on weight because of that. It is better to fight against your weight afterwards, than giving way to despair. No one should do it during holidays, especially during such special holidays as New Year and Christmas," the academician believes.

French psychologists conducted a research, in which they offered the participants to sort out several products from most to less important ones. Male respondents placed meat on top of the lists, whereas the lists made by female respondents were dominated by fruit and vegetables. Most men said that they follow the nutrition principle "all that is delicious is healthy for me," whereas women stick to a different principle - "all that is healthy is delicious for me."