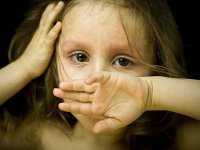 Children's online pornography is rapidly developing. This is a nasty business, but it brings in lots of money. Recently, a resident of Barnaul placed an Internet ad saying that he is "leasing" a twelve-year old kid from an orphanage. He was asking 50 thousand rubles a day for the service ($1,700).

Police figured out rather quickly that the perpetrator sends letters from an ordinary house in the Industrial district of Barnaul. The predator was arrested next time he visited the internet cafe at the known address. His apartment was searched. The girl was never found, but police discovered pornographic archives with photographs of children. As stated on the website of the Altai Territory prosecutor, recently the offender was sentenced to five years in prison. Incidentally, he was an exemplary family man, and his wife never suspected that he was involved in any such activity.

This is only one message from the stream of information about pedophilia.

More recently, Russian President Dmitry Medvedev in his address to the Federal Assembly stated that annually approximately 100,000 crimes are committed in Russia that one way or another have to do with children. A considerable part of them are sex offence crimes.

Here are some recent examples.

A 35- year-old pedophile from the city of Magnitogorsk, Chelyabinsk region, was prosecuted for abusing two teenagers. As stated on the website of Chelyabinsk Region Prosecutor's Office, the man invited teens to his home, first showed them pornographic videos, then began harassing them. He faces up to five and a half years in prison.

A 37-year-old resident of Frunze district of St. Petersburg, a drug addict and a drunkard, threatened and raped his thirteen-year-daughter. He was sentenced to six years.

In Lipetsk a drunk man raped a girl of fifteen. He was sentenced to a five-year term.

In Shusha district of the Krasnoyarsk Territory, a 36-year-old pedophile regularly raped his own young stepdaughters. The investigation is ongoing.

In Togliatti there is an acting maniac pedophile that attacks children of elementary school age. According to media reports, the maniac does not rape them in a literal sense but undresses them, touches their genitals, etc. It is reported that the man is 25-30 years old, 5.7". Most likely, the man is mentally ill. The pervert has the following order of operation: he always chooses bright-clad girls or boys from the flow of children returning home from school. He then follows them into the entrance and attacks, usually between the second and third floors.

Two more words about the problem of "virtual pedophilia". If there is a considerable demand, there is always supply. It seems that this was the incentive for the Barnaul fraudster.

Ombudsman for Children's Rights, a well-known lawyer and broadcaster Pavel Astakhov, whose opinion is cited by numerous media outlets, is convinced of the need for significant toughening of the penalties for people who violate sexual integrity of children. According to the Ombudsman, pedophiles are people who tend to relapse. Proposals to toughen penalties for pedophiles are heard on the very top and include discussions of chemical castration.

Igor Janusz, a psychiatrist, MD, commented on the situation for Pravda.ru.

"The goal of the fight against pedophilia is set not only for law enforcement bodies, lawyers or social activists. This is an issue for doctors as well. Russian and Western science, studying, so to speak, the "brains" of pedophiles, concluded that they have certain anomalies. This means that, perhaps, they should be placed in psychiatric clinics with a special regime of detention instead of jail.

Generally speaking, pedophilia can be considered a disease. Incidentally, pedophiles that were tried and served a sentence have a huge percentage of relapse - up to 90 percent. The word "maniac" in our consciousness is associated with the word "serial." That is, having once tried the "forbidden fruit, such people cannot restrain their instincts, even after severe punishment.

In this respect the proposed forced castration of offenders is understandable. There are no effective medical or surgical treatments for pedophiles at the moment, therefore, proposals of castration seem logical. But this is a legislative issue, not medical."