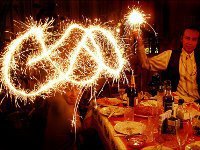 The police of Russia's Tyumen arrested a railway carriage stuffed with counterfeit alcohol drinks. Nearly 27 tons of fake beverages were supposed to be sold on the threshold of New Year holidays. Traditionally, Russians have the first ten days of January as New Year and Christmas holidays, which they spend with their families and friends eating and drinking. Many people simply do not have time to pay attention to product quality as they rush to grab snacks and drinks in supermarkets.

Investigation revealed that the cargo of counterfeit alcohol arrived in Tyumen from the republic of North Ossetia. The police arrested 6,880 0.5-liter bottles of Gold of the Slavs vodka, 42,580 bottles of Pshenichnaya vodka and 1,980 liters of other alcohol drinks. In total, there were 26,710 liters of alcohol arrested: the cargo weighed as much as 27 tons. This amount would have been enough for the entire population of the Tyumen region.

It was later said that all of the arrested bottles contained counterfeit drinks which could pose a serious hazard to people's health. All the bottles were stamped with counterfeit excise labels.

Needless to say that it was just one incidence to illustrate the things that happen in the country on the threshold of long New Year holidays.

Valentina P., a 46-year-old woman, a resident of Russia's Arkhangelsk region, is a businesswoman. Several years ago, the woman found herself in the middle of a very unpleasant situation. She had to take a lot of effort to prove that she did not have the intention to sell a large batch of alcohol of doubtful origin. The woman managed to prove that she had been mislead by one of her suppliers.

"I still remember that story with counterfeit port wine. I did not pay much attention to supplier's documents and delivery notes, because I had been working with that firm for several years before. Here is the first lesson for all those who want to have honest business: always check all documents meticulously, even if you know your suppliers as the palm of your hand. Here is the second lesson: always ask for official conclusions for the goods that you are going to purchase. This will save you from trouble.

"I know that it can be hard for common customers to see if they are buying high or poor quality products. I would recommend buying meat at meat stores, fish - at fish stores and alcohol - at alcohol stores. Such profile-oriented stores value their reputation, and they do not sell poison to people. Establishing a personal contact with a salesperson is also a good trick. If you become their regular customer, they can recommend you their best goods," the woman said.