Continuing human rights violations and the U.S. complicity in this situation 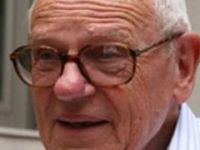 Francois Houtart is priest, sociologist and main reference for the World Social Forum and a member of the Truth Commission

Despite the image of a "country pacified and normalized," that the current government of Porfirio Lobo tries to project internationally, the organizations that integrate the Platform for Human Rights in Honduras continue to denounce the continuing violations of human rights and have set up a "truth commission" to investigate abuses committed since the coup.

Francois Houtart spoke with Opera Mundi and discussed the delicate situation that is going on in Honduras. The Belgian sociologist believes that a consolidation project of the FNRP (National Front for Popular Resistance) could mean an increase in repression and that the U.S. government is not oblivious to what is happening in the country. Rather, he said, the United States continues to boost its project to reposition themselves in the Latin American region, and the coup in Honduras was an important part of this strategy.

-It has been 17 months since the coup in Honduras. How is the human rights situation in the country?

When we look at Obama's foreign policy, there is no doubt that the American president is continuing with the same old politics of the United States.

It has not improved. Rather, the delicate political and social situation in the country has contributed to a worsening of the picture. We know that the coup was carried out by the traditional oligarchy, which does not accept any change processes in the country and does not want to lose their privileges. Now they again use their power and control of politics and the economy to stop social progress. Everyone who is trying to fight for more rights for the people are seen as hostile enemies to be eliminated. In this sense, no week passes without new victims. We are still in a very tense situation.

- How important is it to have the Truth Commission in a context so complicated?

The objectives of the Truth Commission are to investigate human rights violations since the coup, researching the history of the coup, its consequences and who was behind this event. And, finally, to investigate the general context of the country, because these facts cannot be understood without knowing the social, economic and political structure of Honduras. All this will clarify what really happened in Honduras and identify the real culprits in charge.

-Recently, a spokesman for the U.S. State Department, Philip J. Crowley, said that "The issue of human rights is not a precondition for the return of Honduras to the OAS." What interpretation can we give to this statement?

It's part of the political logic of the U.S. They condemned the coup, not for the essence of its meaning - to stop the processes of change occurring in the country - but for the method used. Now they want to legitimize the current government to continue with its politics and to feign the appearance of normalization in the region.

- What role did the coup play in Honduras for Latin America?

Honduras was the most fragile element of all the countries that were boosting transformation process trials in Latin America. It is a warning for the entire continent, and we have already seen it in several countries. For not lining up with U.S. policies and the local oligarchies, we will suffer interventions, non-military as in the past, but also through new methods and instruments.

-There's a heated discussion about whether or not Obama had something to do with the coup in Honduras. What is your opinion?

When we look at Obama's foreign policy, there is no doubt that the American president continues with the same old politics of the United States. There may be a different style, but the substance has not changed and Honduras is a clear example.

- Also it is said that the United States already has many problems in the Middle East at the moment, so now Latin America is not a priority ...

The Latin American continent will always have a great importance for the United States which needs to maintain control. It is clear that the processes of Latin American unity promoted in the continent worry them very much. They are also concerned by the beginning of organizing and understanding the economics and politics that contradicts the capitalist system and the market economy. The United States sees it as a long-term danger for the logic of the system of which it is an essential part, and that it considers to be fundamental to the continuity of its interests in the world.

- Do you believe that, in the case of Honduras, what most concerned the U.S. was the beginning of a change in the logic of the system?

On the one hand is just that, but on the other hand, it feared the accession of Honduras to ALBA. That could be a temptation for other countries in Central America, so they decided to end this situation.

-The process of establishing the FNRP in Honduras is a first for the region. Do you believe that you will be able to meet the goal of reshaping the country?

It is a question of an organized resistance by grassroots movements and it is something very innovative. I think it can achieve its objectives, provided the unity of all sectors is kept that shape and comprise it, and sooner or later, it has a translation in the political arena to promote fundamental reforms of the state.

- Might a major strength of FNRP mean more repression?

Undoubtedly. The current government believes that people are going to get tired and that resistance will gradually weaken and disappear. If as I believe, it does not happen, it will create a very disturbing scene for violence.

-In this context, the presence of a Truth Commission takes on even more importance ...

The work already started, and all the members have traveled the country to gather testimonies and evidence and analyze the progress of the process.