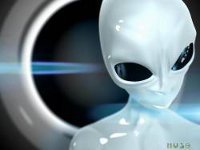 Russia's Federal Space Agency (Roscosmos) set out its discontent to film director Timur Bekmambetov. The Russian director is currently producing a pseudo documentary "Apollo 18" about NASA's failed lunar program. The statement posted on the official website of the agency stresses out that the year 2011 will be the year of Russian Cosmonautics in Russia to celebrate 50 years since Yuri Gagarin's legendary space flight. The statement does not mention, though, that Bekmambetov is also working on a 3D documentary about Soviet space.

"By April 12, 2011, a new film by Russian director Bekmambetov will be released. The film will tell the young generation the story of our colleagues conquering the Moon, but not the story of the first manned space mission. We treat the achievements of our American partners with great respect, but we must remember that it was our national who became the first man to travel into space," Roscosmos said in a statement.

Fifty years ago, about 2.5 months after the first manned space flight, a boy was born in Kazakhstan. The boy became a well-known film director, who conquered Hollywood and became a scarecrow for Russian space officials.

There are several mishaps in the statement from the Russian Space Agency. First off, the documentary, which is funded by The Weinstein Company (the general producers of the film are Weinstein brothers, not Bekmambetov), is devoted to the canceled flight of Apollo 18 spacecraft in 1975. Screenwriter Bryan Miller, whom Bekmambetov picked within the framework of the film festival in Astana, will try to convince viewers that NASA and the White House classified the successful flight, because US astronauts supposedly came across extraterrestrial forms of life during the mission.

Authors of the articles published on Deadline Hollywood say that all Hollywood studios had read the script, but rejected the project. The story did not deserve the paper spent, they said.

Some sources said that Russian director and producer Bekmambetov discovered a tape when working on a documentary about USSR's space achievements. The footage supposedly proved that Apollo 18 space mission had taken place. The archived tape made Weinstein brothers accept the project. The spending on the film will be quite impressive taking into consideration the fact that the documentary is slated for release in March of 2011.

Which NASA achievements do Russian space officials mean in their statement? It is just another dull story about green aliens.

A few angry men from Roscosmos have forgotten that Bekmambetov is currently working on another film titled "Russian Space 3D." Bekmambetov's new film is to be released by Cosmonautics Day, April 12, to glorify space achievements of the USSR.

Irene Nazarova, a spokeswoman for Bekmambetov's company Bazelevs, stated that Roscosmos officials were not aware of the fact that the film director was also working on the film about the Soviet space program. Moreover, Nazarova said that preparations to the filming of "Russian Space 3D" were conducted in the archives of the Russian Space Agency. It seems that Roscosmos officials see the speck in their brother's eye, but fail to notice the beam in their own eye.