Not even Ionescu could have invented a character as absurd and ridiculous as the Italian Premier, Silvio Berlusconi, who appears to be having a difficult "andropause". In yet another demonstration of his odious character, this time he reacted to accusations that he had relations with an adolescent with the phrase "better than being gay". 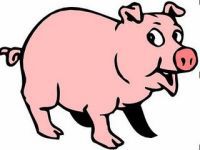 This type of excuse is used by rapists, serial paedophiles and sexual predators, when caught performing their selfish and disgusting deeds on defenceless victims. "Well, better than raping a six-year-old boy, eh?" Pathological self-justification bordering on callousness, the socio-pathological belief in the righteousness of the self.

It is the type of excuse used by people who discriminate and label fellow human beings, imposing their own petty-minded ideas of morality on others and deriding whole groups of people because their behaviour does not match the patterns defended by this type of bigot.

And what is better about using under-age prostitutes, taking advantage of teenage girls, paying for sexual relations, buying love, than having a consensual relationship, homosexual or not, between two adults?

Nothing. And here we reach the crux of the matter. Silvio Berlusconi is a tired, failed, sad little old man, incapable of maintaining a stable and meaningful relationship, pandering to the caprices of his growing terror of entering Third Age by buying love and the bottom line appears to be the younger, the better. What next?

Silvio Thirty Euros a Kiss Berlusconi. A sexist, homophobic bigot with the manners and behaviour of a pig. As the Beatles used to say, Money can't buy you love.

What a pathetic, limp and lame excuse for Humanity the Republic of Italy has as its Premier. And now we are on this topic, is Silvio Berlusconi gay? Is he trying to prove something, or deny a fact that he has known all along? I ask because so often those most vociferous against gays in public either have a wardrobe full of dresses, panties and wigs, or else a boyfriend, in private.