The UN Security Council has finally made headway in guaranteeing security for women in situations of conflict and involving them in the peacekeeping and peace building processes. UN Women Executive Director Michelle Bachelet has praised the UN for its progress on this issue. 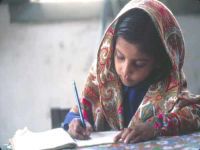 The UN recently produced a new report on women, peace and security, which proposed a set of indicators to help track the implementation of its measures, aimed at guaranteeing the security and safety of women in conflict zones, as well as using women in peacekeeping and peace building processes after conflict.

Michelle Bachelet, who is also the UN Under-Secretary-General for UN Women, has praised the UNSC for its pledge to accelerate progress on Resolution 1325 on women, peace and security. The UNSC now pledged to implement a set of measures to implement the policies referred in the historic resolution, passed ten years ago and suggests ways in which the UNO can better respond to situations as they arise.

Earlier in October, the UN Secretary-General, Ban Ki-Moon, proposed priorities towards ensuring the participation of women in peace building, towards raising low levels of financing to achieve gender equality and the empowerment of women and to improve gender expertise in urgent recovery efforts.

Michelle Bachelet considers that "The Security Council is better equipped than ever before to ensure that women engage in peace talks and to build a stronger protection environment for women".

"All that is needed now to move from policy to action is determined leadership," she added, stating also that "We all know that women count for peace. But then for them to count for peace, they need all of us... The indicators will provide the evidence base that is badly needed for better monitoring".

The UNSC meeting is set to help further the implementation of Resolution 1325 and help prevent sexual violence, ensuring the protection of civilians and fostering lasting peace building measures.

With determination and cooperation, the international community is coming together on a number of measures and is starting to make telling changes for the better and is achieving the  implementation of policies which will make a difference in future.