We are not what we eat

The British Psycho-analyst Susie Orbach, a specialist in food disorders who treated Lady Di, fights against what she regards as the dictatorship of norms of beauty and diet and defends that the food we eat cannot and does not dissolve sadness or cure psychological problems. For the 96 per cent of women on a diet, is this not also a form of illness? 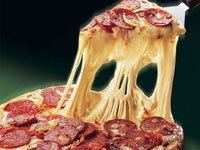 In an interview with Chris Bertelli* during her visit to São Paulo for a Psychoanalysis Congress, British psycho-analyst Susie Orbach, who gained notoriety after being called to treat Princess Diana  for her bulimia, stated that the Brazilian concept of the body follows the US concept - large buttocks and breast, which causes in turn so much unhappiness in women.

"It is a cultural question connected to commercial pressure," she said, "which makes women feel unhappy in their bodies". Shocked by what some patients say when asked how they'd feel if they were thin "Everyone would want me", "I wouldn't feel pain", "Things would be easier to solve", Susie Orbach stated that these are fantasies and will never become reality.

The psycho-analyst also considers that being tied to a diet is also a form of illness. "According to some statistics, 96 per cent of women are on a diet. I think that this is a health problem because there is always a degree of anxiety when you eat, or euphoria, there's always a plan to be made. It is an illness".

Susie Orbach states that there is no doubt that dieting causes mental anguish and therefore being tied permanently to a diet is not a good thing. And who gains? Why the commercial enterprises behind the diets.

"The food companies make us totally crazy with the sales of these types of (dietary) products...and of course 97 per cent of them fail, otherwise these industries would not have a profit". She goes on to point out that for half a century women have been fasting and overeating, and the body remains the same shape.

The danger, for Susie Orbach, is when women start to enter a cycle in which they do not taste the food they are eating, or go on a binge, saying "It's OK, I will vomit after the festive days and start dieting". "This is bulimia," she warns, stating that people do not admit it or understand the symptoms.

"We have to learn how to be eat and how to feel happy," suggests the specialist, "We could have a culture in which we celebrate all sizes, large, small and medium and so on...We need to identify what we feel, our desires and be happy in the body we have".

For 2011, Susie Orbach has a plan: To launch a worldwide campaign launching a new visual culture.