The memoirs of former Prime Minister Tony Blair saw the light in the UK.last week. They are non-trivial. The man who had virtually ruled the country for 10 years made a few unexpected confessions.

For example, the English, Scottish, Welsh and Northern Irish were surprised to learn that they might have been governed by a drunk. This is particularly true of recent years that Blair spent at his residence at Downing Street. Whisky and gin and tonic before dinner and a few glasses of wine during the meal, he described his almost daily menu. 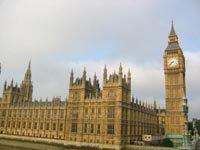 Blair also named the person who made him calm his nerves with booze. It turns out that his successor as prime minister and long-term ally of the Labour Party Gordon Brown, who served during the Blair premiership at several important positions, is to blame. It turns out that the relationship between the two politicians were not smooth.

According to the author of the memoirs, he thought about sending Brown to resignation on several occasions. But in that case the latter would have scored more points with the Labour Party, and removed Blair from his position as the prime minister much earlier than the summer of 2007. In this case, he could have become the prime minister earlier. I decided that it is better if he is near me, inside the government, wrote Blair.

According to him, Brown loved to manipulate people, and blackmailed his boss in all possible ways. So, when in 2006 it became obvious that the donors of the money for the needs of Labour's were granted nobility titles, Brown threatened to begin an official fraud investigation. As payment for his silence, he demanded that Blair abandoned the pension reform.

It should not be surprising that it was his successor who Blair accused of the Labour Party's loss in the parliamentary elections held four months ago. According to him, Brown was not able to engage in contemporary politics. The result is obvious. They won as New Labour, he wrote in the memoirs.
However, Gordon Brown is not the only "bad guy" in Blair's book. The former Prime Minister allowed himself to bash the idol of millions of the British - the late Princess Diana. According to Blair, Lady Di was not only clever, charming and relatively simple, but also stubborn. Like Brown, she loved to manipulate people. Yet, Diana was not named among the reasons that led the former premier to drinking.

Blair presented himself as the savior of the monarchy. This is quite surprising. The fact is that the Labour Party, which he headed for a long time, is an organization that is very skeptical about the institution of monarchy. There are many Republicans in its ranks, especially among the Scots. He had to assume the unusual for the Labour Party role of a "defender of the monarchy from itself" in the days when the people mourned the death of Diana.

The former Prime Minister said that in the first days of September of 1997, he was distressed by sluggish reaction of the royal family to these events. Blair had a talk with Prince Charles, the latter went to his mother, and Queen Elizabeth II made a speech. Later, the queen, he says, recognized that her behavior in those days was not quite appropriate, and the Prime Minister was right in choosing to talk to Charles and giving him some advice.

Speaking about his failures, Blair wrote that the largest of them was the failure to curb the flow of illegal migrants from Asia and Africa. In part, he is right as illegals bring a lot of headaches to the police. However, this problem pales in comparison with the fact that Britain, together with the United States, began a hopeless war in Iraq in 2003, and six years later ignominiously withdrew its troops from there, losing 179 people.

But as it turned out, Blair does not consider the support of George W. Bush a mistake. He was not embarrassed by the fact that weapons of mass destruction were not found in Iraq, and that the UN Security Council opposed the military operation against Saddam Hussein. The former Prime Minister argues that no matter how terrible the consequences may be, leaving Saddam and his sons in power in Iraq would have been much worse.

Yet, he then tried to justify himself. He said the Americans and British had underestimated the factor of Al-Qaeda. They could not foresee that the attacks in Iraq will follow one after another, and the losses of the contingent of anti-Saddam coalition in the country would be so great. Blair still had to write that he regretted each death of the British soldiers very much.

His love for whiskey, accusations against Brown, protection of the monarchy and the justification of the actions in Iraq somehow pushed aside some achievement that Blair could be rightly proud of. When he writes about his merits in the field of conflict resolution in Northern Ireland, he is absolutely right.
In 1998, when Blair had served as head of the government for just a year, local Protestants and Catholics agreed to a cessation of terrorist activities. In Ulster, a parliament and government have emerged; the Irish Republican Army has stopped blowing up bombs on the streets of London, Manchester and other cities. Fragile peace was restored in the long-suffering land of the Northern Ireland.

In general, the memoirs were successful. Unlike boring books, which are often brought to the reader by politicians, Blair's story is fascinating. It is up to the reader to decide what is more important - his success in Ulster, the failure in Iraq, or the inability to confront his own yearning for the bottle.