Witch Kills Little Boy When Exorcising Demons from Him

The grandmother of a boy suffering from diabetes decided to follow the advice of her friends to go from Ussuriysk to Sergeyevka to get some healing from a local Korean hoodoo lady named Valentina. She could not leave the child home alone, so she took him with her. As soon as they entered the”witch’s “house, the witch said: 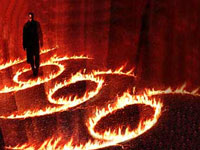 Witch Kills Little Boy When Exorcising Demons from Him

“The child is cursed! He is suffering for the sins of his parents!”

The parents, frozen with superstitious awe, did not dare argue when the hoodoo who asked them to leave the room, leaving her alone with the boy. Half an hour later the mother and grandmother were allowed to return. Once inside, they saw a gruesome scene: the child was lying on his stomach, while the “healer” was sitting next to him, patting him on the back, and saying:

“Now he is well! He should sleep a little. All evil spirits are gone!”

When the mother ran to her son and turned him over, he was not breathing and was already stiff. The doctors who arrive at the scene pronounced him dead.

Everyone in the village praised Valentina. They were saying she was a true healer who had cured a great deal of people in the countryside.

“You did not even have to go to her. If you were sick, she saw it, would come up to you in the street, and offer her help,” said Galina, a local resident. “And I was healed by her, too. I used to have erysipelas and I was hiding it from everyone. But Valentina still saw it. She conducted a ceremony and a few days later it was gone!”

Nicholai and Valentina Kim came to Sakhalin 15 years ago. For a long time they worked in Sergeyevka, but a year ago, both spouses revealed they were gifted.

“They are connected to the space,” residents of Sergeyevka are trying to convince us in all earnestly. “They get their energy there and then use it for healing. One takes a patient by the right hand, the other one by the left, and they sing something quietly. Sometimes Valentina heals with her hands. But they never take money for the healing.”

According to investigators, the child was in good health, and the healer has not performed any specific actions that could kill the child. There was no oil burner or any other rituals.

“According to preliminary version, the child has suffocated. Perhaps he had a respiratory disease the parents were not aware of. The smoke of candles, if they were used, could trigger an allergy, pulmonary edema, the asphyxia was instantaneous,” investigators said.

Now these facts are being checked by the Investigation Department of UPC RF Primorye.

Healer’s relatives watch her house in Sergeyevka as they fear that the child's parents may come back to retaliate.

“The accurate diagnosis can be only made after the autopsy. In the descriptions it seems that the boy had a Quincke's edema. This is when some allergen enters the body through the respiratory tract, and within minutes the throat swells up. The throat narrows down, the person cannot breathe and dies of suffocation. Moreover, it often happens imperceptibly - it seems that the person falls asleep. Allergens can be any plant in the room, animal fur, feathers in down comforters and pillows.”