If team Russia had taken part at the World Cup in South Africa, Guus Hiddink (former coach of Russian national football team) would have become the highest-earning coach of the championship. His net income in Russia amounted to 7 million EUR a year. 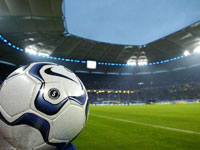 It goes without saying that there is no direct dependence between the fee of a coach and the results, which his team reaches in sports events. However, like it often happens on football stadiums, there are ups and downs in the life of a coach too. Some of them roll in cash at the time when their team returns home from a world championship without any prize. Others achieve outstanding results working for nearly nothing. Which investments in coaches were successful and which were not and in which countries?

The third place from the bottom of the list (following the coaches of North Korea and Nigeria) is taken by Oscar Tabares, a national of Uruguay. He can be referred to as the biggest hero of the World Cup in South Africa. His team from a tiny and impoverished nation reached the semifinals beautifully and took the honorable fourth place in the tournament having demonstrated their will to victory and ardent determination.

Tabares conducted his news conferences in a delightful manner. The experienced coach preferred to simply speak his mind. "Even if Uruguay becomes the world champion, our football will be left on the same level with our country. From the point of view of both football and economy, we are regarded as a third world nation, and we are way too far behind the leading countries in the world. We have a whole generation of people who do not remember victories of our teams at world championships in 1930 and 1950, and we play for these young people first and foremost. If we prove on a football stadium that we can play equally with grand teams, it will make all of us - both players and fans - a little bit happier and more confident," he said at a news conference in Johannesburg. There is nothing surprising about the fact that Uruguay, a tiny country that sits between Brazil and Argentina, had much more supporters that the nation's 3.5-million-strong population.

There was a different type of coaches at the football championship in South Africa. This list is topped by Don Fabio Capello. His team - England - got kicked out of the tournament in South Africa very quickly. England played the shameful draw against Algeria and was then defeated by its sworn enemy, Germany, at the last 16.

The second place on the list of money waste is taken by another Italian - Marcello Lippi. A coach is always guilty of his team's failure, but the last place in the group, in which even New Zealand scored higher than the former champions - is so much more than just shameful.

The managers, whose teams reached the final game - Vicente Del Bosque of Spain and Bert van Marwijk of The Netherlands - make equal amounts. Germany's coach Joachim Low is a little ahead of them, Maradona and Dunga are also near.

It just so happens that the adequate earnings of a well-known coach fluctuates from 1 to 2.5 million EUR a year (from 0.5 to 1.5 million net). Dick Advocaat, who has recently replaced Guus Hiddink as the coach of the Russian national football team, will be paid 7 million EUR a year, just like his predecessor. This is 4.6 times as much as the head coach of the champion nation, Spain.