Humanist, defender of poor, those struggling for a dignified life, José Saramago, Nobel Prize for Literature in 1998, who led their struggle with his words, using his pen, left the Portuguese-speaking world and the world of literature missing a lively and courageous voice. 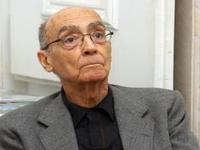 His death today, Friday, at 87 years of age, caused a wave of consternation around the world and led the authorities in Lisbon to pronounce a two-day national mourning. A militant in the Portuguese Communist Party since 1969, Saramago was a revolutionary in Intervention Writing, his works evoking social causes and raising insightful questions, reflecting on the direction that our world followed.

His last comment on the site Fundação José Saramago:

"I think in today's society we need philosophy. Philosophy as space, place and method of reflection which may have a specific objective as science, which advances to meet goals. We lack reflection, thinking, we need to think and work. It seems to me that without ideas, we are not going nowhere. "

List of Works
Saramago wrote 16 novels, the first being the Land of Sin in 1947 and the last Cain in 2009. In addition, three anthologies of poems, a compendium of travel, "Travel to Portugal (1981), four Chronicles, a children's book The Largest Flower in the World "(2001), two volumes of diaries and memoirs, five plays and three tales.

We name some of the major works of this great writer: