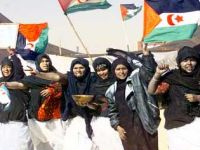 In 2009, Moroccan repression Against Saharawi activists who advocate the independence of Western Sahara has increased enormously. It was denounced in the report by Amnesty International (AI), presented Wednesday in London.

The annual report of Amnesty International (AI) examines the state of human rights worldwide. Amnesty International assures that during the year 2009, tens of Saharawi citizens were prosecuted for violent behavior and those who openly advocate the independence of Western Sahara were persecuted.

Amnesty International notes that seven Saharawi human rights defenders who had traveled to the Saharawi refugee camps, were arrested last October after their return, and brought before a military tribunal. Three of them, Ali Salem Tamek, Brahim Dahan and Hamadi Nasiri are still incarcerated in the Moroccan prison of Salé, near Rabat.

The AI report also mentions the case of the Saharawi human rights defender, Aminatu Haidar, who was expelled from Western Sahara by the Moroccan authorities to the Canary Islands when he was intending to return to the bosom of his family in the occupied city of El Aiun, and having remained at the airport in Lanzarote in a 32-day hunger strike.