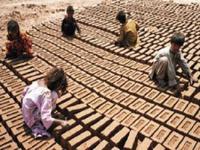 The International Programme on the Elimination of Child Labour - IPEC, besides having been hosted by Brazil as early as the year of its implementation worldwide, in 1992, was one of the instruments of cooperation of the OIT that more articulated, mobilized and legitimized national initiatives to combat child labor.

The OIT / IPEC has succeeded, in a strategic and timely form, leveraging the various movements in the country in the defense of the rights of children and adolescents through two complementary conventions fundamental that deal with child labor: Convention 138 (Minimum Age) and No. 182 ( Worst Forms). With over 100 action programs funded by the OIT, it was shown that it is possible not only to implement integrated policies for withdrawal and protection of child and adolescent's early work, just as designing preventive actions with the family, school, community and the very child.

The success of IPEC in Brazil in introducing the question of eradicating child labor in national policy agenda is reflected in higher rates of reduction in the absolute number of children exploited in the formal work that has news. However, the OIT / IPEC will continue cooperating with the Brazilian society to gradually withdraw the five million children and remaining adolescents (of the 8.4 million existing between 5 and 17 years in the early 90s, according to data from the National Household Sample Survey - PNAD 2001, the Brazilian Institute of Geography and Statistics - IBGE). These are in informal work, dangerous, illegal and hidden, where challenges are not less than they were when the IPEC was established in Brazil more than 10 years ago.