Obama, Jintao and Putin are the three most powerful men in the world

The Presidents of the United States, Barack Obama, China, Hu Jintao, and the Prime Minister of Russia, Vladimir Putin, are in this order, the three most powerful people in the world as ranked by Forbes magazine. 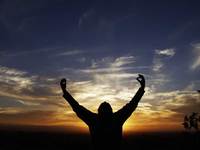 Obama, Jintao and Putin are the three most powerful men in the world

Brazil's President Luiz Inacio Lula da Silva, who governs the world’s largest food producer, is the 33rd most powerful person in the world, and former U.S. President Bill Clinton is the 31st.

A source in Brazil’s Workers Party (PT), in Government, said that the political project of President Luiz Inacio Lula da Silva is to elect the former Minister Dilma Rousseff as his successor and project her to between the 20th and the 15th most powerful person in the world.

With Dilma as President, Lula would arrive at the command of the United Nations (UN), and in 2014, would conclude his political project returning to the presidency of Brazil to seek the post of one of the three most powerful men on Earth.

The chairman of the Central Bank of the United States, Ben Bernanke, is considered the 4th most powerful man in the world, while the governor of Mato Grosso, Maggi, is 62nd, the president of Venezuela, Hugo Chavez, is classified as number 67, and the Saudi Osama bin Laden, leader of Al Qaeda, is the 37th in the list.

In preparing the list it was taken into consideration the influence people have over others, their control over large financial resources, as well as the power they can exercise in multiple spheres.

Forbes says that the choice of Lula as 33rd most powerful man in the world was due to the fact that his ruling "the largest food producer and the world's largest exporter of sugar, orange juice, coffee, meat and chicken" , and his "pet project" being the exploitation of vast oil fields off the Brazilian coast, "making the country the number one in the carbon market projected at $125 billion."

The governor of Mato Grosso, Maggi, the largest producer and exporter of soybeans in the world, 62 in the Forbes ranking in 2005, was accused of cutting down the rainforest, and won the "Golden Chainsaw" of Greenpeace.

However, the magazine reports that Maggi has changed his image with environmentalists to dramatically reduce deforestation in the state and defend a financial compensation for farmers do not cut down the forest.

The president of Brazil appears in the rankings above the prime ministers of Japan, Yukio Hatoyama, 35, and India, Manmohan Singh, 36, and is behind the prime ministers of Italy, Silvio Berlusconi, 12, of Germany, Angela Merkel, 15; Britain's Gordon Brown, 29, of North Korean leader, Kim Jong Il, 24, and New York Mayor Michael Bloomberg, 20.

The 11 most powerful men: