Russian Mathematician Grigory Perelman Must Give His Million away to Communists

Reclusive Russian mathematician from St. Petersburg won the Millennium Prize - $1 million – from the US-based Clay Mathematics Institute. Will the Russian genius accept the prize? There is still no answer to this question. 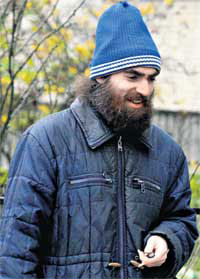 Russian Mathematician Grigory Perelman Must Give His Million away to Communists

Many Russian media outlets say that Mr. Perelman will most likely decline the million-dollar-bill since he had previously refused from the prestigious Fields Medal and the $7,000 award that came with it. Perelman said in 2006 that he did not want to become a public persona. He also expressed his concerns about dishonest methods which many scientists use in their work.

“I am not a hero of mathematics. I am not successful at all, and I do not want to be observed by everyone,” the Russian genius said in one of his interviews to a Western publication.

Perelman has never communicated with the Russian press.

“We do not want to talk to anyone and we are not giving any interviews!” Perelman’s mother said through the door of her apartment to a correspondent of the Komsomolskaya Pravda newspaper. “Don’t ask us any questions about the award that that money!” the woman also said.

Reporters of Britain’s The Daily Mail were a bit luckier. Grigory Perelman did not open his door for them either, though.

“I have everything I want,” he said through the door.

The Daily Mail concluded that Perelman was not going to take the money.

James Carlson, the president of the Clay Institute, said in an email that Perelman would let him know of his decision.

The Institute plans to hold a conference dedicated to the solution of the Poincare Conjecture in Paris on June 8-9. Perelman could come to Paris to take part in the conference. However, it seems that the Russian mathematician dos not have a passport for traveling abroad. His previous passport, which he used in 2003 to travel to the USA to read lectures, expired a long time ago.

It is not known how Mr. Perelman maintains himself and makes his living. Rumor has it that he works as a private tutor. His mother is a pensioner. Perelman stopped working with the Mathematical Institute Named after Steklov in 2005.

A neighbor of the Perelmans told The Daily Mail that the mathematician lives in a bare apartment. The woman said that he only had a table, an armchair and a bed with an old mattress, newspaper wrote.

In the meantime, communists of St. Petersburg already know how to solve the problem of Perelman’s million. They want the mathematician to give one million dollars to them.

The communists plan to spend the million on building academic townships for talented Russian scientists. The rest will be used to maintain Lenin’s Tomb on Moscow’s Red Square, they said.

“They often threaten to close the Mausoleum claiming that it takes a lot of money to maintain it. We could solve this problem with the help of a part of Perelman’s award,” the leader of the communist movement in St. Petersburg Sergey Malinkovich said.