Russian mathematician Grigory Perelman has won the Millennium Prize of the US-based Clay Mathematics Institute (Massachusetts) for the resolution of the Poincare conjecture, RIA Novosti reports with reference to the Institute. 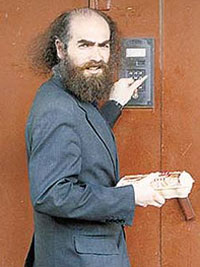 In an official statement on Thursday, James Carlson, President of CMI, said that the “resolution of the Poincaré conjecture by Grigory Perelman brings to a close the century-long quest for the solution. It is a major advance in the history of mathematics that will long be remembered.”

The Poincaré conjecture was formulated in 1904 by the French mathematician Henri Poincaré. It deals with a topological problem of telling a multidimensional counterpart of a sphere via a set of measurements and other operations. Poincaré suggested such a test, but it took almost a century to prove that it always worked. Perelman published the correct solution in three papers in 2002 and 2003, Russia Today says.

The Poincare conjecture is one of the seven Millennium Prize Problems for which the above-mentioned institute offers a money prize worth $1 million. The prize fund was established to point out the most difficult problems, which mathematicians faced at the end of the second millennium.

The Clay Institute did not say whether the Russian mathematician agreed to accept his prize. Grigory Perelman has earlier refused the Fields Medal, the highest award for a mathematician. He was offered the honour in 2006 for the same solution, but turned it down, saying that public recognition of the correctness of his work was enough for him.

The scientist, who lives in St. Petersburg, also declined very attractive offers from Princeton, Stanford and other prestigious universities. Russian news agencies say that Perelman showed absolutely no interest in his latest prize - $1 million – from the Clay Institute.

Grigory Perelman strongly refuses to communicate with the press and make any public statements.