Gender equality and the empowerment of women is one of the Millennium Development Goals to be reached by the year 2015. The anti-poverty targets set by the international community in 2001 can only be achieved if real progress is made in improving women’s rights. This is the only way forward to achieving sustainable development in a number of key areas. 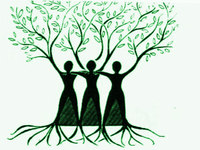 Goal 3 of the Millennium Development Goals, adopted by all members of the international community in 2001 (8 targets set to be achieved by 2015) is to “ Promote gender equality and empower women”, the first step of which is to “ Eliminate gender disparity in primary and secondary education preferably by 2005, and at all levels by 2015” addressing:

* Ratios of girls to boys in primary, secondary and tertiary education

* Share of women in wage employment in the non-agricultural sector

* Proportion of seats held by women in national parliament

Asha-Rose Migiro, Deputy Secretary-General of the UNO, stated yesterday in a meeting to prepare a review later in 2010 by ECOSOC on gender equality, that it is crucial to achieve significant progress in realizing women’s rights as a means to addressing the targets set for sustainable development and thereby attacking pressing issues such as poverty, hunger and illiteracy.

This would logically be achieved by starting at the beginning, when women are girls of school age, yet the initial target of 2005 has not been reached in a number of countries. In Sub-Saharan Africa the ratio of female to male enrolment in primary education is 90%, falling to 80% in secondary education. In South Asia, the figures are 94 and 85% respectively.

Asha-Rose Migiro stated that “women and girls still face discrimination and disadvantage socially, economically and politically”, while underlining that in many countries, women are more likely to be living in poverty. She added that women represent two thirds of the world’s illiterate people.

On a more positive note, she pointed out that good practices and initiatives can be added to. Progress is being made towards gender parity in education despite the continued need for improvement: more girls than boys are enrolling in secondary education in Latin America and the Caribbean, East Asia and Pacific regions.

Cash transfer schemes that reward female attendance in education programs are being used in several countries and for the Deputy Secretary-General, the success of these programmes needs to be studied with a view to creating a second line of initiatives which will foster access for women to decision-making processes. Today, in only 25 countries is there a representation of more than 30% of women in national Parliaments.

“When women and girls have the same freedoms and rights as men and boys, we will have more stable economies and stronger, more peaceful societies,” she added.