Residents of Grozny, the capital of Chechnya, celebrate Prophet Muhammad’s birthday – the holiday known as Mawlid. Family couples, who became parents on February 27 at night, will be paid $1,000 from local authorities. 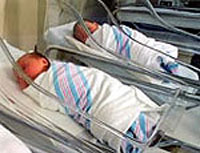 Festivities in Grozny began in the evening of February 25 and continued throughout the whole night. Many foreign guests arrived in Chechnya to take part in celebrations. Grozny’s residents and guests enjoyed a laser show at night. Fireworks illuminated the sky above the city early in the morning, before the morning prayers began.

Low-income citizens receive financial and food help in all areas of Chechnya. Billboards and posters dedicated to the holiday are plastered all over the republic, Vesti.ru reports.

The earliest accounts for the observance of Mawlid can be found in eighth-century Mecca, when the house in which Muhammad was born was transformed into a place of prayer by Al-Khayzuran (mother of Harun al-Rashid, the fifth and most famous Abbasid caliph). The early celebrations included elements of Sufic influence, with animal sacrifices and torchlight processions along with public sermons and a feast. The celebrations occurred during the day, in contrast to modern day observances, with the ruler playing a key role in the ceremonies. Emphasis was given to the Ahl al-Bayt with presentation of sermons and recitations of the Qur'an. The event also featured the award of gifts to officials in order to bolster support for the ruling caliph.

Islamic scholars are divided on whether observing Mawlid is necessary or even permissible in Islam. Some see it as a praiseworthy event and positive development, while others say it is an improper innovation and forbid its celebration.

A number of Islamic scholars, such as Muhammad Alawi al-Maliki, Gibril Haddad, and Zaid Shakir, all subscribing to the Sufi movement, and Yusuf al-Qaradawi, the primary scholar of the Muslim Brotherhood movement, have given their approval for the observance of Mawlid. They cite hadith where Muhammad recommended fasting on Mondays, as that was the day he was born and also the day prophecy descended on him. They suggest that fasting on Mondays is also a way of commemorating Muhammad's birthday. However, there is division among them on the lawfulness of the methods of the celebrations. Most accept that it is praiseworthy as long as it is not against sharia (i.e. inappropriate mingling of the sexes, consuming forbidden food or drink such as alcohol, playing music etc).

Mawlid is celebrated in most Muslim countries, and in other countries where Muslims have a presence, such as India, Britain, and Canada. Saudi Arabia is the only Muslim country where Mawlid is not an official public holiday. Participation in the ritual celebration of popular Islamic holidays is seen as an expression of the Islamic revival.