The 5 Smallest Languages of the World

Languages and dialects are dying every day, especially when we live in a world linked by computers and mass media, where people end up joining together in a few languages. Dialects spoken by smaller groups of people are covered by an official language of each nation, while linguists are trying to make them survive. Below you can see the lesser-used languages in the world. 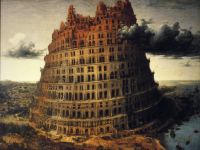 The 5 Smallest Languages of the World

Ter Sami (2 persons) - That's right, when these people die the dialect is officially dead. It was spoken in the northeastern part of the Kola Peninsula in Russia. Ter Sami was one of the dialects to have been eliminated by the USSR.

Kayardild (10 people) - Spoken at Bentinck Island, Australia, and islands around this language will also die soon.

Ume Sami (approximately 10 people) - On the course of the River Ume, Sweden, no one knows the exact number of people who can still speak this language, but surely it will not last long.

Pite Sami (approximately 20 people) - Spoken between Sweden and Norway this language is one of four belonging to the Sami dialect that do not have an official written language.

Votic (20 people) - More a language spoken in Russia, specifically in Ingria in the northwest. It was spoken by the Votes, a local population.

If you think the presence of the strange name Sami in a number of languages, know that this is a general name for the language group of Uralic languages spoken by the Sami people, who live in parts of Norway, Sweden, Finland and Russia. But that does not mean that all languages are equal, since each people speak a language of their own and many of them are about to disappear from the earth.