Another hero has died. It has been reported by the Moscow Writers Union that Grigory Baklanov died at the age of 86 in Moscow. Baklanov wrote fiction books which drew on into his experiences during the Great Patriotic War. He was born on 11 September 1923 in Voronezh. 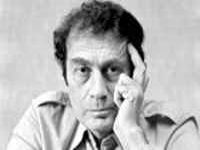 Baklanov was 17 when the Nazis invaded and he immediately volunteered for the Red Army. He was the only one out of the 20 young men in his high school graduating class to survive the war. He went to the frontline as a private and witnessed the bitterly fought Soviet battles early in the war, then rose through the ranks to become an artillery officer. Baklanov was badly wounded in combat and received several medals for valor.

His most famous novel translated into English was Forever 19, the story of a teenaged soldier forced into maturity by the rigours of war. The translation by Antonina W. Bouis, was done in 1989, 10 years after the Russian original.

In his introduction to Forever 19, he called the book a tribute to his classmates. ''I wanted people living now to care about them as friends, as family, as brothers,'' he wrote. Baklanov's other works included An Inch of Land, July 1941 and The Dead Shouldn't be Shamed, all of which tapped into his war experiences.

The Foothold, a 1962 book that was translated for a British edition, examined fatalism and loss of confidence in authority figures during fighting in 1944, again from the point of view of a young lieutenant.

Baklanov won the prestigious State Prize of the Soviet Union. During the Gorbachev era, Baklanov was the editor of Znamya, a leading literary monthly. Along with other publications, Znamya spearheaded Gorbachev's glasnost drive, publishing works previously banned.