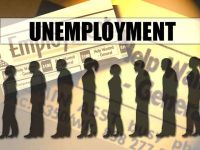 Lawmakers said they will work on a bill with the president for next January, although it is still not known how much effort will be needed.

Uncertainty still prevails that the amount for this plan can debilitate an already deep government deficit for next year, said an editorial in the daily Los Angeles Times.

It is hoped that the million dollar plan will boost the sector hardest hit by the crisis in this country, allowing for the creation of jobs and maintaining already existing ones.

Arguments about the total of the proposal will be covered these days, therefore the legislators proposed they have a strategy ready to begin in the year 2010.

This initiative arose from official recognition that the 787 billion dollars approved in February to boost the recessive U.S. economy are not sufficient to combat unemployment, the current rate is 10.2 percent.

According to the figures officially recognized, October has already recorded about 16 million people without work, and barely here into January the country has lost 3.49 million jobs due to the economic crisis.

Congressional advisors speculate that the new program may have a cost of 10 billion dollars, the paper warns.

In recent days, the Federal Reserve and the Central Bank reported optimistic predictions about the U.S. economy towards recovery, but fears remain ahead of rising unemployment, analysts said.