Model Brutalized in Downtown Moscow for Being Too Glamorous

Moscow police officers have brutally disfigured a photo model who got drunk and made a scene at a Moscow restaurant. The model’s career is destroyed, and her mother threatens to destroy the careers of those who have brutalized her daughter. 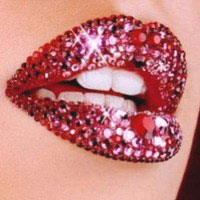 Model Brutalized in Downtown Moscow for Being Too Glamorous

According to Moskovsky Komsomolets newspaper, the victim never had encountered the police before. The 28-year old woman was disfigured so badly that she has been staying in a hospital for several months. She will have to forget about her modeling career.

So far, the offenders got off with a scratch – they were issued a warning. However, the victim’s mother Alexandra Rashel, a plastic surgeon and ex-wife of lawyer Berezovsky, is very open about her intentions to continue her struggle for fairness and punish the presumptuous law enforcement officers.

The conflict occurred in September, and since then Alexandra Rashel has been trying to bring charges against the officers to no avail.

That night, on September 13, 2009, Svetlana Kirmusova accompanied by her friends went to a posh establishment on Tverskaya Street in downtown Moscow. She was upset because she was told earlier that her boyfriend was cheating on her.

She got very drunk, and decided that a woman sitting at the next table was the one her boyfriend cheated on her with. Svetlana threw a couple of crystal glasses at her and was taken out of the restaurant by the security. The woman did not calm down outside and broke the glass entrance door, cutting her hand.

When the police and ambulance arrived, the woman did not let the doctor examine her and seized him by his hair, the newspaper reports. She was thrown into the patrol car and handcuffed.

Later Svetlana said that the officers severely beat her in the car first and then at the police department. They video recorded the beating. Only a few hours later Svetlana was able to call her family.

Alexandra Rashel came to the police department and took her daughter to a hospital. Svetlana was diagnosed with a concussion and nose fracture. She also had a wounded hand and alcohol poisoning.

Now Rashel is trying to put Svetlana back on her feet and make her pretty again. She would have to wait at least a year for a rhinoplasty.

"They broke my daughter's very expensive Vertu phone. She also had a 50,000-dollar watch that night, not to mention diamonds and other knick-knacks," the model's mother said.

The mother and daughter appealed to the Moscow Central Prosecutor’s Office to investigate the actions of the police officers. They were told that the officers would not be charged since “according to article 13 of the Federal law, police officers are entitled to apply physical force when the arrested show resistance.”

Recently, Russian Interior Minister Rashid Nurgaliev said that he would recommend fighting back when police officers beat you. It was a verbal recommendation that has no legitimate power. The example of Svetlana Kirmusova shows that even elite girls can expect to be beaten in a police department.

Kirmusova is still staying at a neurological clinic.

The police have a different opinion about the incident. “Kirmusova committed a violation of public order” and therefore, deserved the brutal beating.

In the official comments, a representative of the Moscow Ministry of Internal Affairs stated that the actions of the police were deemed lawful, and charges would not be brought.

Alexandra Rashel is going to continue looking for justice and revenge for her daughter.