There is a popular opinion that men are polygamists by nature. Today, we will see what our readers think about the issue. 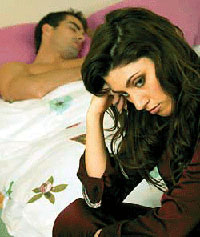 "Male adultery is not rooted in nature, it comes from insecurities. At a certain age men can no longer “conform,” but they are not willing to acknowledge their powerlessness. Hence, they are trying to prove to themselves that they are, in fact, very capable, and only need young mistresses able to fire up the passion. When a man is confident, he will find ways to be satisfied with his wife. He does not have to prove anything and try himself out with different women."

"I am still single. Not because I’ve failed to find a woman willing to marry me, there were plenty of those. But I realize that I won’t be able to live the rest of my life with the same woman. It just works this way; I get bored after dating a woman for a couple of months. I don’t want to fool anyone. I honestly warn my girlfriends that our relationships are not going to last forever. Maybe when I am older I will be willing to build some serious relationships, buy I doubt it. I believe that every real man has to change women from time to time not to turn into a sexless creature interested in TV and hamburgers only. Every new relationship makes us stay in shape. Without the novelty, men stop taking care of themselves."

"I met my wife when we were in the third grade. We’ve been together ever since. We have a great family, two kids. I haven’t looked at another woman once. All the talks about men’s polygamy are just lies. Maybe people who cheat were just not able to find their other half. I think real love only grows as the time goes by. If a man wants to cheat, it means something is wrong with the relationships. The solution is to be found inside, not outside the family. Adultery won’t make you happier. I have no reason to look for happiness elsewhere. I realize that no mistress will be better and closer than my wife, and losing my wife’s trust is not something I want."

"The nature created a male capable of inseminating multiple females. Humans are not an exception. I love my wife and am not going to break my family, but I have to have other women to get new sensations. It is boring to be with the same woman. When my affairs end, I always realize that my wife is the best woman ever, and we have another honey moon. I give her expensive gifts, we have nice vacations. Yes, I feel guilty every time I have a new mistress, but I can’t live any other way. I can’t argue with nature."

"I don’t think that men cheat because they were born polygamists. It is much easier for a man to find a partner. There are much more women than men, and at a certain age it’s nearly impossible for a woman to find a man. At the same time, men become better with age, like cognac. They can’t resist temptations when young girls virtually jump in their beds. I think women would do the same if they had a chance. I think both men and women can be polygamists; it’s just that men have more chances to sleep around."

"I was married three times. All of my husbands cheated on me. It must be in their nature. Each of them had mistresses and when I found out, they begged for forgiveness. I would forgive them, they would promise it would never happen again, but later I would find out that they were having another affair. All men cheat. Even if you think that your marriage is perfect, it does not mean anything. I am now married again and I know that my husband has a mistress. I pretend I don’t know about it. Why would I raise the issue ? He’ll never stop cheating, so it’s pointless."