Someone Else's Child Is Like Death Sentence to New Relationship

If a person has a child from his or her previous marriage, many would say that such people are doomed to live alone for the rest of their lives. A child may often become the biggest obstacle for a woman or a man to build a new relationship or a new family. What do Russians think about this issue? 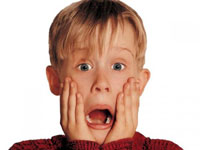 Someone Else's Child Is Like Death Sentence to New Relationship

I recently divorced and am trying to find my better half. I understand that at my age I am most likely to marry a woman with children. I am ready to accept a stepchild and will do my best to become his/her friend. I cannot abandon hope of having personal life only because my first marriage failed. The most important thing for spouses is love. If there is love, children will not feel alienation towards one of their parents. I cannot speak for women, but I know for sure that if a man loves a woman, he will love the woman’s children as well. I have a daughter from my first marriage but I never see her because I feel nothing but anger for her mother. I know it is bad but I transfer my frustration to the child. I am a bad father and miss my daughter very much. I am confident though that if I find my other half I will be able to love her children.

A few years ago I fell in love with a woman who had a child. While we were dating everything went well. When we moved in together, our life turned into a nightmare. Her son turned out to be a little monster. He would never listen to me, and when we happened to stay at home together it was impossible to feed him or send him to school. He would refuse to eat or get dressed. He did it out of spite, and not because he did not like the food or his clothes. When I would slap him upside his head, he would turn it into a scandal. He would tell me that I was not his father and had no right to touch him. He would complain to his mother and she was always on his side. She would demand that I buy him expensive gifts and apologize. I would tell her that I will raise him as I see fit or will not raise him at all. She would say that if I did not love her son I could leave and that they can survive without me. She would not let anyone to “offend” this little bastard. I could not stand it anymore and left. I still love this woman and want to be with her, but I know that she will always listen to him. As a result, two adults are miserable, and her son is happy that he got me out of their lives.

If you love someone, you will have to love their past, because it was the past that made them the way they are. Ex-spouses affect people in one way or another and this past experience cannot be discarded. Without their past, the people you love would be different, and you might not like them at all. When the choice is made, there is no point to worry about the past. If your spouse haschildren, you have to try and build warm relationships with them. It is not that hard to do. Children are very sensitive and can feel how adults feel about them. If you manage to love a child, the child will love you back. It might take a while, but it is worth it. You will not reject a person you love only because you were not the first one to meet them. Not everyone is lucky enough to find their second half. If you are among the lucky ones, you should not ruin your relationships because of children.

Five years ago I got married for the second time. I have a 10 year old son from my previous marriage. My husband has a 12 year old daughter. Both kids live with us and I do not see it as a problem. It was difficult at first. The kids did not want to be friends and complained a lot. For some reason they felt that the other kid is loved more and gets a better treatment. Then they got used to living together and were getting along pretty well. They do fight sometimes but generally love each other like a brother and a sister. I think it is because my husband and I rarely interfere with their conflicts and do not take sides. The kids realized that they had to compromise. At first, both my husband and I were worried about finding a common language with each other’s child, but we got along just fine. I guess we were lucky. My son was lacking a man’s influence in his life. Of course, I tried to do my best but could not take him fishing or teach him how to drive. My husband took this responsibility upon himself. His daughter who grew up without her mother wanted someone to braid her hair, bake pies with her, give her adult dresses to try on. We managed to make our new family work.

No matter what anyone says, it is difficult to live with someone else’s child, especially relatively grown child. Kids are usually jealous of their parents. When a kid’s mother brings a man into the house, the kid starts thinking that s/he will be loved less and will try to ruin the new family. It is especially difficult if a kid has a good relationship with his/her father. The kid thinks that as long as a strange man is in the house, her/his own father will not come back. You can explain your kids all you want that their own father will not be back, but they will still hope that one day everything will be the way it used to be if only they manage to get rid of the “invader.” If you bring a new man into the house, it makes you a traitor in your kids’ eyes. This will also affect your children’s behavior. Kids often become rude and aggressive not only towards their stepparents, but towards their own parents as well. You will have to be very strong and patient to deal with the situation. Before you get involved with a person who has children, you have to carefully think if it is worth it.