The administration of a local hospital in the Estonian town of Kokhtla-Jarve fired an orthopedic surgeon who tossed the passport of a Russian citizen into a wastebasket just because the patient did not speak Estonian, RIA Novosti news agency reports. 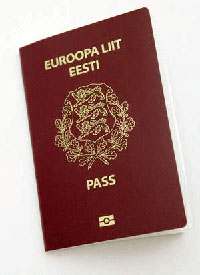 The surgeon wrote an explanatory letter, in which he referred to Estonia’s Language Law and explained his behavior thereby. The patient, the surgeon wrote, could not speak the Estonian language, the state language of the nation. The patient was a Russian-speaking patient, just like the majority of the people residing in the region, where the scandal occurred.

The patient, a 14-year-old boy named only as Dmitry, went to the trauma station of the local hospital and consulted an orthopedic surgeon about his injured leg. The surgeon, Eiki Strauss, asked the teen boy in Estonian about what happened. The boy responded in Russian, the doctor took his passport (the boy was holding the Estonian citizenship) and tossed it into a wastebasket saying that the young man did not need the Estonian passport since he could not speak the state language of the country.

Official spokespeople for the administration of the hospital apologized to the underage patient and everyone else who suffered from the surgeon’s inadequate behavior. The doctor provided the required medical help to the teen patient anyway, but was eventually fired from the hospital.

The patient’s parents filed a police report about the doctor’s inadequate behavior and about an act of desecration of the passport of the Estonian Republic, Delfi said.

An official spokesperson for the press service of Estonia’s Police Department said that the surgeon’s action did not entail criminal responsibility since the passport had not been damaged when the man tossed it into a wastebasket. However, such an action could cause moral damage to the patient, and he had a right to claim compensation at court.