The police of Russia’s Volgograd finished the investigation into the death of a woman who had been murdered by her common-law husband. The man committed the crime because of the shocking mystery about the victim’s past. His common-law wife used to be a man, who had had a sex change operation. 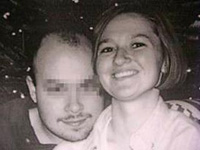 The love affair between Vladimir and Kamilla ended with a terrible tragedy. The man felt betrayed and dishonored when he found out that his passion used to be a male, just like himself. He lost control over himself, shot his spouse dead and attempted to commit suicide.

The couple met each other a year ago during a trip to St. Petersburg. When they returned to Volgograd, Vladimir offered the woman to live together in his apartment.

The man was not confused about the fact that Kamilla was not willing to speak about her past. He only knew that she was born in Tiraspol, studied at the University of Chisinau and that she refused to take post-graduate courses.

Vladimir and Kamilla were living together for two years, and the man finally made a proposal to her. The woman declined saying that she was not ready for something that serious. She told Vladimir that she was happy with him without marriage papers.

Kamilla’s ‘no’ drove the man crazy. He wanted to unravel the mystery of his lover’s past and so he started spying on her.

He broke into Kamilla’s email box and found her correspondence with her friends from Tiraspol. To his great surprise, all of Kamilla’s pen-pals were addressing to her as if she was a man.

Vladimir began to correspond with those people on Kamilla’s behalf and found out that she used to be a man named as Kirill. Kirill had a sex change surgery in Australia and subsequently changed all his documents upon his return to Russia.

Vladimir could not forgive such a betrayal. He grabbed a gun and went to pick Kamilla up at a railway station. The body of the 30-year-old woman was later found near the platform. Vladimir shot the woman at the crotch, where skilful plastic surgeons left not even a slight vestige of masculinity, Life.ru website reports.

The 33-year-old man later attempted to commit suicide: he slit his veins, but was rescued.