The people walking along Moscow’s Nikolskaya Street witnessed something extremely bizarre on Monday (June 1). Two monkeys were strolling about the street looking for food in the very center of Moscow, NEWSmsk.ru website reports. 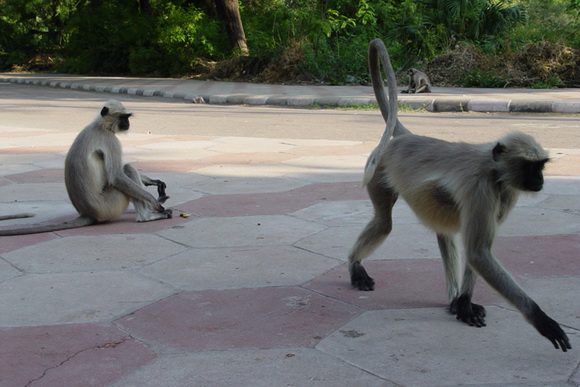 The two monkeys were scavenging for food in garbage cans, studying shop windows and climbing up flower stands. The monkeys were not scared of people around them.

A woman filmed the monkeys on her cell phone and called a rescue squad.

“A little boy of six or eight years of age was passing the monkeys by. One of them ran up to him and jumped onto the boy. The monkey grabbed a bottle of water from him, opened the bottle and started drinking. I decided to call a rescue team because the monkeys were strolling there unattended – there was nobody around to take care of them,” the woman said.

The place of the monkeys’ permanent residence is not known yet. Most likely, they escaped from street photographers.