Vladimir Tulskikh acted as an obstetrician while his wife was delivering the baby. The man was on the phone with a medic, following the instructions throughout the whole process. 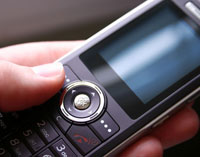 Vladimir Tulskikh, an assistant professor at the Energy Institute, has never thought that his second daughter would see the light in such a bizarre way. If someone had told him that he would be the person in charge of his wife’s delivery, he never would have believed that.

Maria Tulskikh, a music school concertmaster, was supposed to go to the maternity hospital on Monday. However, the woman’s baby had different plans.

“We woke up early on Sunday after my wife started having contractions. I wanted to help her get dressed and take her to the hospital, but it was too late. I called an ambulance; they put down my address and simply told me to wait. In about five minutes, which seemed eternity to me, I called them again. But again, they told me to wait. Afterwards, I dialed the number of a rescue service, they put me through with a medical specialist, and she instructed me on the phone,” Vladimir said.

The husband and wife made a great team together. The woman was following her husband’s instructions strictly.

“I was holding my daughter in my arms in about half an hour. My wife told me to tilt her not to let the baby choke on the fluids. When we heard her screaming, I put the baby on her mother’s stomach. The ER doctors arrived soon afterwards,” the man said.

The mother and the baby were hospitalized. The doctors said that they both were in a wonderful condition. The baby was born absolutely healthy: 3.270 kilos in weight and 50 cm in height.

“My other daughter wants to name her sister Anna. We like the name too,” the happy father said.