Little boy defends his sister against pedophile, and dies of police officer’s negligence

A criminal case was filed in the Moscow region against a police officer who released a perpetrator after he had committed an attempted robbery. A week later, the criminal killed a 7-year-old boy, who defended his sister against the pedophile’s attack. 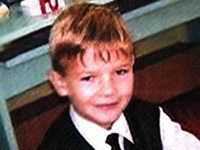 Little boy defends his sister against pedophile, and dies of police officer’s negligence

The case was filed against Senior Lieutenant Aleksei Kiselenko, whose ignorant actions on duty had led to grave consequences. No charges have been brought against the officer yet, but it is only a question of time, GZT.ru website wrote with reference to a source at the local law-enforcement agencies.

A little seven-year-old boy would not have been killed if local police officers would have been more scrupulous about their work. The boy, Eugene (or Zhenya) Tabakov, sacrificed his life in November 2008 to save his sister from a pedophile.

The tragic story of the little hero has received an extensive coverage in the Russian media.

The perpetrator, Sergei Kiyashko, already had a criminal record. He attempted to rob a young woman in a street of Noginsk (the Moscow region) two weeks before the boy was murdered, but was frightened away by casual witnesses. The woman filed a police report (Kiyashko attempted to steal her gold chain) and handed the paper to Aleksei Kiselenko. The latter did not look into the matter of the case and made Kiyashko accountable for causing bodily blows (which caused no injuries) to the victim. The officer was actually supposed to file a criminal case for committing an attempted robbery. The file would have been delivered to police investigators in this case, which would have resulted in Kiyashko’s arrest: the man previously served 17 years in prison for aggravated murder and robbery.

The perpetrator continued to enjoy freedom and raided the apartment of the Tabakovs at the moment when only two little children were staying there.

Sergei Kiyashko, a 33-year-old man, a resident of Astrakhan, was unable to find a job in the city after he served 17 years in jail. He moved to his relatives in Noginsk, but could not find a job there either.

On November 25, Kiyashko was walking about the town, when he decided to rob an apartment. He entered the apartment building next to the central square and rang the bell of the first door that he came across. A 12-year-old girl, Yana Tabakov, opened the door. Her brother Zhenya (7) was playing in his room. There were no adults in the apartment – the children’s parents were at work.

Kiyashko pulled out a knife and attacked the girl asking her to give him money and jewelry. The man took hold of the girl, began to undress her and told the little boy to look for the money. When the boy saw that, he rushed to the kitchen, grabbed a knife, ran back to the room and stabbed the criminal in the back.

Kiyashko fell down on the floor and let the girl go. He stood up the next moment and pounced upon the boy. He stabbed the second-grader in the back eight times. The girl, Yana , ran out of the apartment shouting for help.

Kiyashko ran away from the scene and took cover in a small cottage on the outskirts of the town.

The owner of the cottage, Alexander Kurenkov, noticed blood on the ground when he decided to visit his summer house one day. “There were blood stains on the ground near the house and the windows were broken. I went to the terrace and suddenly heard someone’s steps there. I went upstairs and found him there,” the man said. “He had a knife and was going to attack me, but I managed to knock him down and tie his hands behind his back. When I was done, I called the police,” Mr. Kurenkov said.

The boy was awarded with the Order for Personal Courage posthumously.