The predecessor of all perfumes, the original Eau de Cologne, Kolnisch Wasser in German, created by a perfumer from Cologne (Germany) in 1709, will celebrate its 300th anniversary this year. 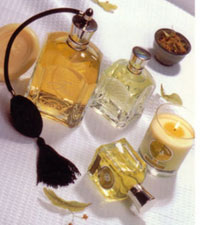 The water created by Giovanni Maria Farina in 1709 is considered to be the oldest and the genuine smell of the Kolnisch Wasser. The perfumer presented his creation in 1709 opposite Cologne’s Julichplatz, where the office of the perfume maker still exists today. This is the only place where the ancestor of all Eau de Colognes is produced.

Farina is a very old brand. Farina Gegenuber Museum represents the entire history of the Kolnisch Wasser. The perfumer created his renowned perfume from a mixture of oils of lime, orange, bergamot, tangerine, cedar, grapefruit and neroli. The toilet water also contains the oils of lavender, rosemary, thyme, petitgrain (orange leaf), and jasmine.

In 1708, Farina wrote to his brother Jean Baptiste: "I have found a fragrance that reminds me of an Italian spring morning, of mountain daffodils and orange blossoms after the rain". He named his fragrance Eau de Cologne, in honor of his new hometown.

Farina’s formula still remains a secret today. Other Colognes, such as the famous Cologne 4711, named after its location at "Glockengasse No. 4711", have the name in common but smell different.

Eau de Cologne by Farina was the favorite perfume of many royal houses in Europe. A bottle of Farina’s perfume with its traditional red tulip still remains an inspiration for many renowned designers and artists. Marc Jacobs, for instance, created a collection of wonderful fragrances for the scent of Cologne.

Cologne earned the reputation of the city of perfumers in the 18th century, owing to Eau de Cologne. Nowadays, Eau de Cologne has become a generic term for light fragrances, or scented water, made of 70 percent of ethanol and up to five percent of aromatic substances.