Soviet cosmonauts burnt their eyes in space for USSR’s glory

Renowned cosmonaut Valentin Lebedev, who set the absolute record for his stay in Earth’s orbit, loses his eyesight speedily. 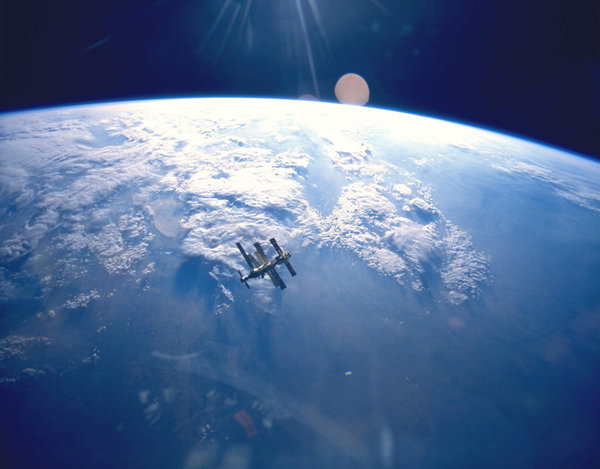 “I suffered from a lot of radiation in space. It was all concealed back then, during the Soviet years, but now I can say that I caused damage to my health because of that flight,” the legendary pilot said.

The cosmonaut, who spent 221 days in the orbit in 1982, has progressive cataract. The legend of the Soviet space exploration becomes blind. Moscow’s best ophthalmologists examined the 66-year-old cosmonaut, but they only say that it is impossible to save his eyes.

“I started having problems with my right eye at first. I could see worse and worse, and when I asked doctors for help it was too late – they decided to have me operated,” the cosmonaut said.

Lebedev was examined at Moscow’s famous Kremlin hospital. The doctors said that the disease was developing very fast. The man’s left eye suffered from the same problems a certain time later.

Valentin Lebedev is certain that he is losing his eyesight because of his long experience of working in space.

“I burnt my eyes in space when I was working with the rocket equipment. There is no atmosphere in space so you’re getting a sunburn there like in a hot country. My eyes were aching after work a lot,” Lebedev said.

Soviet authorities preferred to keep the problems of cosmonauts’ activities in space a secret.

“First woman in space, Valentina Tereshkova, was suffering a lot from weightlessness. It would take us several months to recover from one single space flight,” Lebedev said.

Valentin Lebedev (born April 14, 1942 in Moscow) was a Soviet cosmonaut who made two flights into space.

Lebedev was a graduate of the Higher Air Force School in Orenburg with a doctorate in technical sciences. He worked as an aircraft designer before joining the cosmonaut team in 1972 as a civilian engineer.

He was the flight engineer for the Soyuz 13 mission the following year, and for the Soyuz T-5 mission to the Salyut 7 space station in 1982. At the end of his stay on the station, he returned in the Soyuz T-7 capsule. His Diary of a Cosmonaut: 211 Days in Space, provides a rare glimpse of what life on board the Salyut 7 was like for the Cosmonauts who lived and worked there.

He retired from the space programme in 1993.