A 28-year-old Russian female, who visited Dubai on a tourist visa, and a 30-year-old male citizen of Lebanon, a salesman in a local store, were put on trial for drinking juice in a public place in the daytime during Muslim fasting. 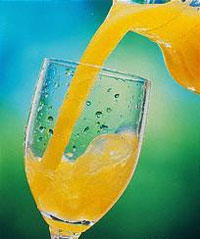 The police caught the two people red-handed at a gas station in Dubai, Emirat.ru reports with reference to Gulf News.

In accordance with the Federal Penal Code of the United Arab Emirates, a public intake of food and beverages during daytime hours of the month of Ramadan is forbidden by Article 313. The article stipulates the punishment in the form of either a monetary penalty – up to 2,000 dirhems ($555) – or even a term of up to one month in prison.

The young people told the court that they were not Muslims and were thus unaware of the fact that their actions could be punishable.

The court took the mitigating circumstances into consideration, but found the defendants guilty, since ignorance did not exclude responsibility. The court ruled that the young people must pay the fine of 1,000 dirhems ($278) each.

The case became the first one in Dubai in violation of Article 313 since the beginning of the month of Ramadan on September 1.

Thousands of foreigners from Europe and Asia reside in the emirate of Dubai, the major tourist center of the Persian Gulf . Dubai is known as a relatively liberal region in comparison with other territories of the UAE. Tourists can be seen in the streets wearing shorts, whereas alcoholic beverages can often be available in bars and hotels.

This year, however, the authorities intend to remind all residents and guests of the emirate that they are staying on the territory of a Muslim country. There have been quite a number of incidents recently when the local police in plain clothes arrested women sunbathing topless, nudists and other violators of public order.

Many tourists acknowledge that that they do not always understand how they should behave in Dubai.

Guide-books advise tourists should always carry their IDs, or better their copies, with them for the majority of police officers wear plain clothes and can be rather meticulous in their inspections.