Young men try to avoid studying mathematical disciplines and using mathematical skills due to unfavorable image of mathematicians, the British Economic and Social Research Council suggested. It turns out that schoolchildren and students share the following idea of the average mathematician: they are unworldly, slovenly and unpopular with women. 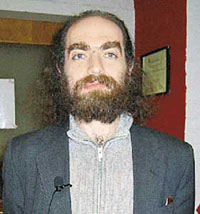 According to the Council that financed the project, Doctor Heather Mendick and Marie-Pierre Moreau from the London Metropolitan University and Professor Debbie Epstein from the Cardiff University organized focus groups, polls and interviews among students who study mathematics and humanities to find out existing stereotypes regarding mathematicians and mathematics.

The research suggested that most students and graduates associate a mathematician with an old middle-class white man who is obsessed by his science, devoid of most social skills and love life. Besides, their notion of mathematics is distorted and restricted to elementary arithmetic.

The researchers found that most stereotypes reflect the way mathematicians and mathematics are represented in mass culture.

“Given this narrow and negative stereotype of a mathematician, it’s no wonder that few youths want go on studying this subject,” said Mendick.

Despite the insignificant increase since 2006, the number of students in England and Wales who want to study mathematics was dwindling within the past decade.

According to the researchers, we need to use the mechanisms of mass culture to form a positive image of a mathematician.