The grave of Abel, the second son of Adam and Eve, is the most famous and significant grave

A group of Russian scientists with Professor Ernst Muldashev at the head set off for an expedition to Syria, Lebanon and Egypt in the beginning of this year. Having visited many historical places of interest, the scientists tried to unravel the biggest mysteries of the human civilization. The research yielded sensational results. Researchers discovered the graves of gigantic people after the expedition found a giant's footprints in Syria. 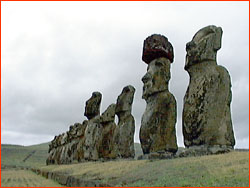 Q: Many a legend and fairy tale say about giants and titans. Why do you think no giant bones have been found so far?

A: Ancient giants may have never buried their dead in the ground the way we do. Different people in the present-day world bury the dead differently. It is a custom in India to burn the dead and throw the ashes in water. It seems to me that ancient people put the dead bodies into sarcophaguses where the bodies dematerialized and turned into a kind of energy blobs that were used by living people for various purposes. That is why the bones of giant people may never be found.

Q: Did you find any?

A: No, we did not. But we found the graves of ancient giants.

Q: Could you please elaborate

A: The grave of Abel, the second son of Adam and Eve, is the most famous and significant grave. It is located in the vicinity of Damascus. A huge number of pilgrims from Arabian countries arrive here to worship. Druzes, members of an independent religious sect, have been guarding the grave for 300 years. They speak Syriac, a form of Aramaic used by various Eastern Churches. Jesus Christ spoke Aramaic at his time.

The tombstone of Abel's grave is a granite structure about six meters long and 1.80 meters wide. There are orifices on the side of the gravestone. You can smell a strange odor if you get closer to the orifices.

Q: Has anybody ever tried to open the grave and study the contents?

A: Muslims will never allow anybody to open the grave. It would be regarded as desecration of a grave.

Q: You mentioned a few graves of the giants found by your expedition, did you not?

A: Yes, I did. The long search finally resulted in the discovery of a several gigantic graves located near the city of Aleppo in Syria. The graves used to be a sacred place for worshippers. However, some locals told us that radical Muslims destroyed the cemetery a few years ago. They bulldozed the tombstones. We could have started an excavation on the site but we never did. We did not know how the locals would react to our digging in their ground.

The locals showed us another grave of a giant. It sits on top of the hill some 20 kilometers away from the destroyed cemetery. The locals call the place a “grave of a 7.5-meter man.” The giant was called “Muhammad Attaul” or Muhammad the Tall One. Legend has it that the giant came down from Yemen. He was a miracle man, he could speak a form of Arabic used by the prophet Muhammad. He was killed and buried on the locale. The treasure diggers vandalized the grave two years ago. They were caught and thrown into jail. Local peasants are now trying to restore the grave. They already placed a few boulders around it and built a stone fence.

Q: Do you really believe that giant people were buried in those graves?

A: Nobody can tell for sure until the graves are opened and bones are found. But the Syrian authorities are unlikely to authorize the opening of the graves.

There are a number of inferential evidence indicating that the giants might have lived on Earth not so long ago. For example, in Asia you can find a very detailed description of Buddha. The book is titled “60 particularities and 32 characteristics of Buddha”. It says that Buddha was a very tall man, he had membranous fingers and toes, and 40 teeth. The above characteristics match with those of the people of a previous generation i.e. Atlanteans. Why should we disregard the legends about the giants and titans? Why should not we take into account the clear-cut footprints of a giant in Ain Dar? And, the last but not least, why should we consider the real gigantic graves as mystification? People have worshiped the graves since the moment of a burial.