The risk posed by homemade nuclear weapons has been growing continuously. How can we survive in this increasingly dangerous world? Academician of the Russian Academy of Sciences, Mikhail Paltsev, shares his opinion regarding biological dangers of the present-day world. 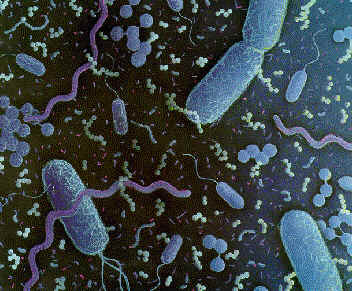 Q: Mr. Paltsev, what is your opinion on two paradoxical concepts mentioned during the recent international conference Molecular medicine and biological security, namely 'nature is the main bioterrorist these days' and 'any scientific invention will be eventually used as a weapon?'

A: I quite agree to the above formulations. The first one concerns the number of natural outbursts of diseases caused by new or recurrent pathogens over the last few years. The number is a lot higher than the number of outbursts deliberately triggered by bioterrorists. That is why it will not be an exaggeration to state that natural infections sit on top of the list of the sources of biological danger to man. According to the World Health Organization, infectious diseases are the second major cause of mortality and the first cause of premature mortality of the world population.

Q: Hundreds of pathogens fall under the notion of infection. Which of them do you think pose the most serious threat?

A: There are several biggest threats. The first group comprises new infections caused by previously unknown pathogens. Mankind has encountered 40 new and dangerous infections over the last few years. HIV/AIDS virus is the most flagrant example. The other group consists of microorganisms that can break down the interspecies barriers. The world media is talking about a flu pandemic looming on the horizon. The fears of a future catastrophe are based on the fact that a certain subphylum of bird flu has been mutating fast. It can already infect humans and may start spreading from human to human one of these days. The third threat has to do with the recurrent infections. We seem to have got rid of a number of diseases thanks to vaccines. However, the epidemics of whooping cough, diphtheria, poliomyelitis, and measles are raging in several countries. There is yet another serious problem to tackle. Some disease-causing organisms have become unaffected by antibiotics and other drugs. In particular, the number of resistant tuberculosis is quite high in Russia. This kind of TB can not be cured by four main drugs of tuberculosis therapy. The so-called reserve drugs are needed to combat this kind of TB. The drugs are very complex and expensive.

Q: Let us get back to scientists who are good at producing new biological threats, as it turned out.

A: The situation in present-day biology resembles a piece of bitter irony by Kurt Vonnegut: “Anything a scientist invents is suitable for waging war.” I do not mean hostilities exclusively, I am talking about any case involving the use of biological technologies to cause harm to humans. Genetic and cellular engineering along with cloning of living organisms and human beings are among the brand-new threats. Harmful biological agents produced in the laboratory conditions can do more damage than any disease man is aware of. Biotechnologies are relatively simple and cheap. Some crazy 'craftsman' will not be able to make a nuclear bomb or poisonous chemical while an undergraduate of the biology department can grow a pathogenic bacteria culture.

Q: You have painted a frightening picture. Deadly biological threats are becoming big in numbers. Those threats can be natural or man-made. Who shall we do to counter the treats?

A: We should use our mind, knowledge and will. I regard the state of Russia's science including biotechnologies as unique. Fundamental science is practically on a par with the level of science in the Western developed countries. Today can we witness an enormous interest shown by scientists to the achievements and potential of biological technologies. However, the implementation of those projects is in a stalemate these days. I would say that Russia has lost its modern biotechnological industry. Russia was among the world leaders 20 years ago, and now we are falling some 15 years behind. Given the situation, we may find ourselves defenseless when tackling fresh threats. Meanwhile, the international community fully realizes the gravity of the problems. According to U.S. analysts, at least 13 countries have biological warfare programs in place. The United States, Britain, China and India have already developed special programs to counter bioterror. Experts believe that the following countries have full-fledged biological warfare programs containing open and classified components alike: China, Iran, North Korea. There is a high probability that Israel, Syria, Libya, Pakistan and a few other states have similar programs too.

Hopefully, changes are about to come to this country. A federal target program on issues relating to biological security is being built as we speak. Many a research institute and enterprise are taking part in it. In terms of finance, the cost is high, in the neighborhood of several hundred million rubles. But the program will definitely pay back. The program will deal not only with the protection against biological threats but also with measures to ensure safety of food and fundamentally new medicines (including anticancer drugs). It will concern the development of vaccines which are being spoken about these days due to bird flu.