Scientists to use inquisition techniques to study people's passion for religion

British researchers decided to revive the grimmest realities of the Middle Ages. For two years they are going to torture two hundred residents of the British Isles who practice their religious beliefs. Researchers are going to use university laboratories as dungeons. 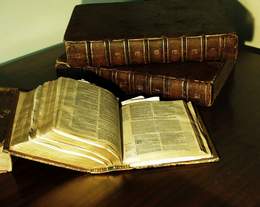 Researchers will be trying to learn more about the physiological manifestations of religious beliefs by using that strange technique. Eight specialists in anatomy, physiology, pharmacology, philosophy, theology and ethics are expected to join forces for the project. The team will be headed by neurologist Baroness Susan Greenfield. The study is conducted at Oxford University and funded by the United States.

Aside from other goals, the study aims to take a shot at the relationship between faith and the perception of pain. According to one of the participants of the experiment Dr. Alison Grey, the way a human body reacts to pain mostly depends on a number of biological factors. Those factors primarily include the size of inflicted damage and the amount of endorphins released into blood. Endorphins are the natural painkillers. There are also called the hormones of joy. Dr. Grey believes that deeply religious people in certain situations can endure an excruciating pain because of endorphins.

To find out whether religion can be an anesthetic, researchers will subject volunteers to pain while showing them various objects related to religion e.g. crucifixes, pictures of Our Lady. Metal boxes heated to 60 degrees Centigrade (those boxes will be applied to skin) and some gel mixed with chili pepper will be used as instruments of pain. A variety of methods and equipment will be used for monitoring a response of the human body to the experiment. Magnetic resonance imaging will be used for monitoring the brain. Several atheists will be also subjected to painful experiences to make sure that the experiment is free from bias and prejudice.

Evgeni Shaposhnikov, a neuro-psychologist of the Moscow Institute of Doctors Qualification Improvement and the Munich University:

“Persons capable of feeling no pain fall under the category of exhilarated persons. They are more suggestible. From 3% to 8% of the world population belong to the category. There are more exhilarated persons in India than, say, in Russia. Certain particularities of culture can not be disregarded in the above case. A higher degree of suggestibility affects many aspects of life of such persons including sensitivity of pain. Amazingly, those persons can alter their pain perception threshold by lowering it to the minimum. They usually do the trick when under the influence of a religious belief or ideological concept. How does it happen? The human being wills himself to block the main pain center located in the thalamus that lies deep in the cranial hemispheres. An exhilarated person's brain produces a wide range of various substances (including the hormones of joy) that enable him not only to switch off the pain but also to enjoy the experience.

17:05
Ukrainian forces ready to escape from Slavyansk and Kramatorsk towards Dnieper
16:59
Germany offers Canada a solution for the issue of Nord Stream turbines
16:49
Russian Defence Ministry: Germany studied virus of Crimean-Congo fever in Ukraine
16:25
Die Welt: Germans demand Scholz's resignations after his words about Russia
16:00
Russia shows Terminator tank support vehicles in Ukraine
15:49
Chechnya's Kadyrov names his next goal in Ukraine
15:05
Polish ex-MP reveals why NATO won't help Warsaw in war against Russia
14:21
Belarusian militant captured by group “O” tells about the last battle with the Russia
14:01
Russia stops Ukrainian military from planting Ukrainian flag on Snake Island
13:32
Former adviser to US Secretary of Defense: Ukraine may disappear from the world map
World
Brazilian model, who worked as a sniper in Ukraine, died